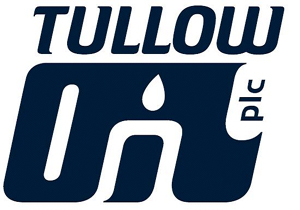 Addis Ababa, Ethiopia -Ã‚Â The British oil company, Tullow, and the Ethiopian Ministry of Mines denied media reports that claim that Tullow has discovered oil in the South Omo Valley.

A US based website, Energy and Capital, this week reported that Tullow has discovered oil in Ethiopia. However, executives of Tullow have completely denied the news report. The executives who labeled the report as baseless said that drilling work has been going on but no oil has been yet found.

Ã¢â‚¬Å“Tullow Ethiopia wishes to clarify its position with regard to oil exploration in South Omo zone of the Southern Nation Nationality and PeoplesÃ¢â‚¬â„¢ Region (SNNPR.) This follows a confusing and poorly written report on one website in the USA which suggested in its headline that Tullow had discovered oil in Ethiopia,Ã¢â‚¬Â the oil company said in a statement sent to The Reporter.

“The Sabisa-1 well is being drilled currently and no report has been issued by Tullow or our partners on our progress or whether hydrocarbons have been found. We expect to have the results from the well within the next two months, at which point we will issue a statement that will be available on our website and through international media. No update will be given before the results are known and have been fully evaluated.Ã¢â‚¬Â

Ã¢â‚¬Å“With regard to articles published, it is always best to check in with Tullow especially as, in this case, we had made no statement ourselves as a cursory check of our website would have shown. Furthermore, the article itself did not state that oil had been found – it was the headline that was misleading and I note that this headline has since been changed,Ã¢â‚¬Â the company added.

The company said its spokespersons in Addis, Nairobi and London are always available to answer enquiries either by telephone or email. Ã‚Â Read more