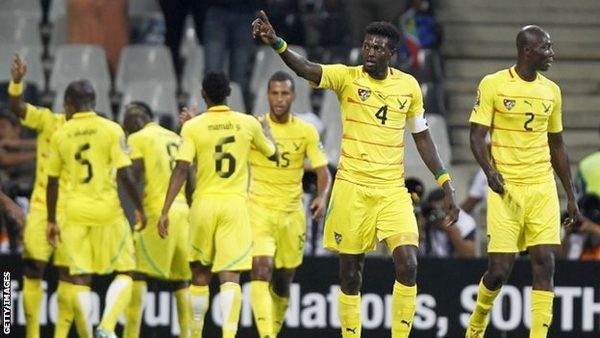 Togo qualified for the Africa Cup of Nations quarter-finals for the first time by drawing with Tunisia in an incident-filled Group D encounter.

The Togolese led after 13 minutes as Emmanuel Adebayor played in Serge Gakpe, who fired home from an angle.

Tunisia levelled through a penalty from Khaled Mouelhi shortly after, but the same player missed another spot-kick in a match Tunisia had to win to qualify.

Adebayor was denied a penalty at the other end but Togo held on for history.

The West Africans will now meet Burkina Faso in Sunday’s quarter-final in Nelspruit, whose sand-filled surface has attracted scrutiny and criticism in equal measure.

Togo’s passage came at a cost after Nibombe Dare and Jonathan Ayite both picked up their second yellow cards of the tournament, so ruling them out of the clash against their northern neighbours. Read more