EthiopiaÃ¢â‚¬â„¢s trip to the Africa Cup of Nations in South Africa was their first in over 31 years.

While they did not manage to secure a win in a difficult group, drawing with holders Zambia and losing aagainst Burkina Faso and Nigeria, they have provided hope to the future footballing prospects of their country.

Ã¢â‚¬Å“As a beginner in this tournament, I think we can give hope, a bright future Ã‚Â for our guys, hope for the country. Anything is possible and we can (bring) the Ã‚Â coming generation (with us) by giving them hope,Ã¢â‚¬Â said captain Debebe Degy after their 2-0 loss to Nigeria in Rustenburg.

Ã¢â‚¬Å“We have seen through this game how much we can work and do something and now that you have seen the game, we tried to dominate the game,Ã¢â‚¬Â he continued.

Ã¢â‚¬Å“We worked hard and we knew these guys are professionals and have a lot of experience compared to us because they play abroad in big tournament.Ã¢â‚¬Â

Degy said that while Ethiopia had not met their objectives, South Africa 2012 will be seen as a learning experience by the Walya Antelopes.

Ã¢â‚¬Å“We will learn a lot from this one. ItÃ¢â‚¬â„¢s a learning time for us because our objective was at least to be in the quarter-final as much as possible but we knew what we had before us,Ã¢â‚¬Â he said.

Degy believed that Ivory Coast looked the most capable side of winning the tournament from this point onwards. 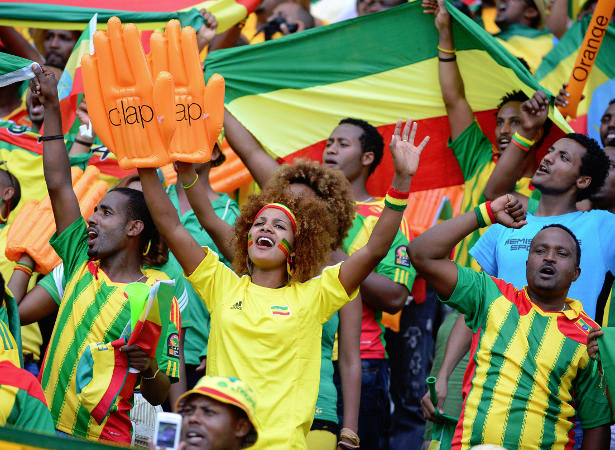 Thousands of Ethiopians traveled to South Africa to support their team, the largest contingent by far of any of the competing nations in this yearÃ¢â‚¬â„¢s tournament.

Even though they did misbehave, throwing bottles onto the pitch during their Ã‚Â match against Zambia, which coach Sewnet Bishaw acknowledged, the reason had to Ã‚Â do with their dedication to their country and competitive nature as football fans.

Ã¢â‚¬Å“Our supporters are our strength. Wherever we go, we have many supporters and we are always trying to make them happy. And actually they are away from their country and it the first time to see their team coming here to participate in a big tournament,Ã¢â‚¬Â the 60-year-old said.

Ã¢â‚¬Å“But now they are all happy because they have seen their national team can play better football. The only problem we have is experience and we will (work) Ã‚Â on this over the coming years and our supporters will be the best supporters,Ã¢â‚¬Â Bishaw added.

EthiopiaÃ¢â‚¬â„¢s plans for their final group match against the Super Eagles had to Ã‚Â be changed following injuries to their best two players, Asrat Megersa and Adane Girma.

Even though they pushed the Super Eagles, their absence played a role in the Ã‚Â way the game turned out at the Royal Bafokeng stadium.

Ã¢â‚¬Å“The only problem we had in the first half we couldnÃ¢â‚¬â„¢t put on players who could defend and attack. We were not in a position to push according to our plan. We could not score goals also, we have to learn. They will never give you Ã‚Â a chance to play in the penalty box,Ã¢â‚¬Â Bishaw said.

Ethiopia may not be taking part in the first phase of the knock-outs as hoped, but their appearance has added vital colour and enthusiasm to the tournament, and thrown down the gauntlet to the other travelling fans in South Africa.