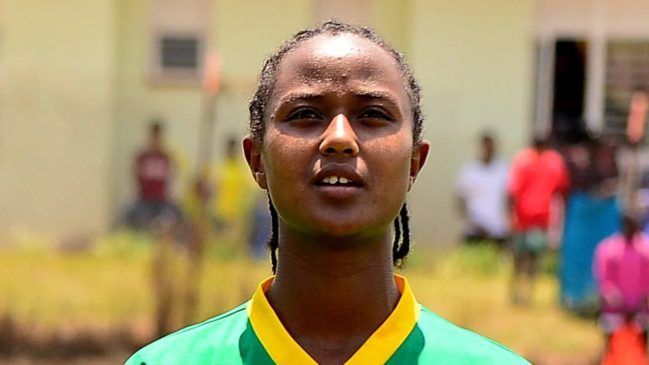 Ethiopian Loza Abera had an unforgettable debut season in Malta last year, scoring 30 goals in 14 league matches and a further three in the Super Cup final for her club Birkirkara, champions of the Maltese Women’s First Division League.

In her second stint in European football, the 22-year old hoisted herself to the top of the world, getting noticed by all and sundry.

“It was a very good season in Malta and I really enjoyed my football there. It was successful because I scored goals as is required of a striker and I feel I grew one step in football. The experience there was amazing and I can’t equate it to anything,” Abera told CAFOnline.com

It was another massive step for Abera who grew up dreaming of becoming a footballer from her home town of Durame, South Eastern of Ethiopia.

“I started playing football as a kid. I was interested and attracted to the sport because there was a small football pitch right next to where we lived and occasionally I would go there and join the rest of the guys in playing,” Abera explains.

Football wasn’t such a big sport in Durame, worse still, for women. There weren’t any women’s football teams in the area but for her, she still held on to the dream of becoming a professional footballer.

“It was very challenging especially being a girl and not many people believed that a girl could play football. But because of the passion I had and the dream of wanting to play professional football, I pushed hard and continued to fight for a chance and that’s why I am here today.”