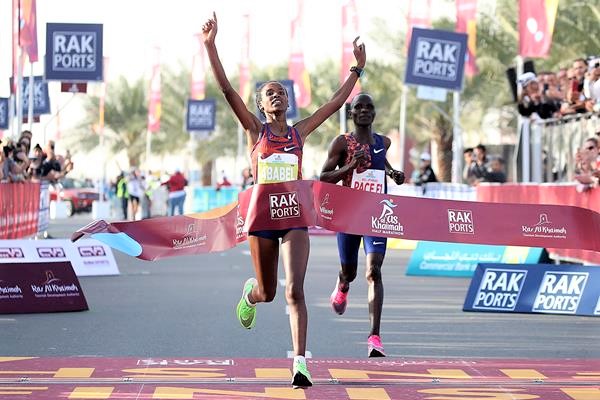 Marathon world record-holder Brigid Kosgei was a distant second in 1:04:49, but her time was also inside the previous world record of 1:04:51, set by Joyciline Jepkosgei in Valencia in 2017.

Kosgei led for the first half, following pacemaker Geoffrey Pyego as he brought the field through five kilometres in 15:07 – 1:03:47 pace – with nine women in tow. By the time Kosgei reached 10 kilometres in 30:18, only Yeshaneh was able to stick with the Kenyan as Ethiopia’s Yalemzerf Yelahun led the chase pack some 11 seconds behind.

Roughly one mile after passing 15 kilometres in 45:38, Yeshaneh overtook Kosgei and continued to pull away. Although Yeshaneh’s pace slowed, she was still able to maintain her speed – and world record pace – better than Kosgei and covered the second 10km segment in 30:54.

Yeshaneh crossed the line in 1:04:31 to take 20 seconds off the world record while Kosgei followed in a Kenyan record of 1:04:49. It was revenge of sorts for the Ethiopian, who had finished second at last year’s Chicago Marathon when Kosgei won in a world record of 2:14:04. 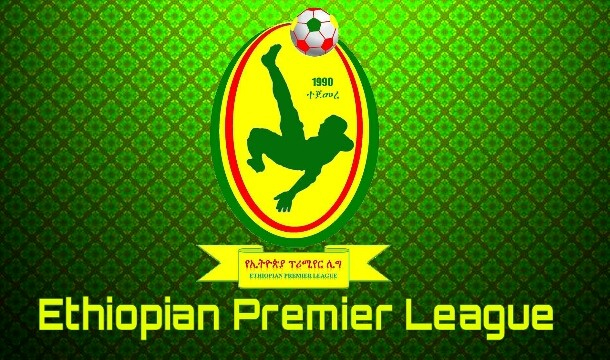 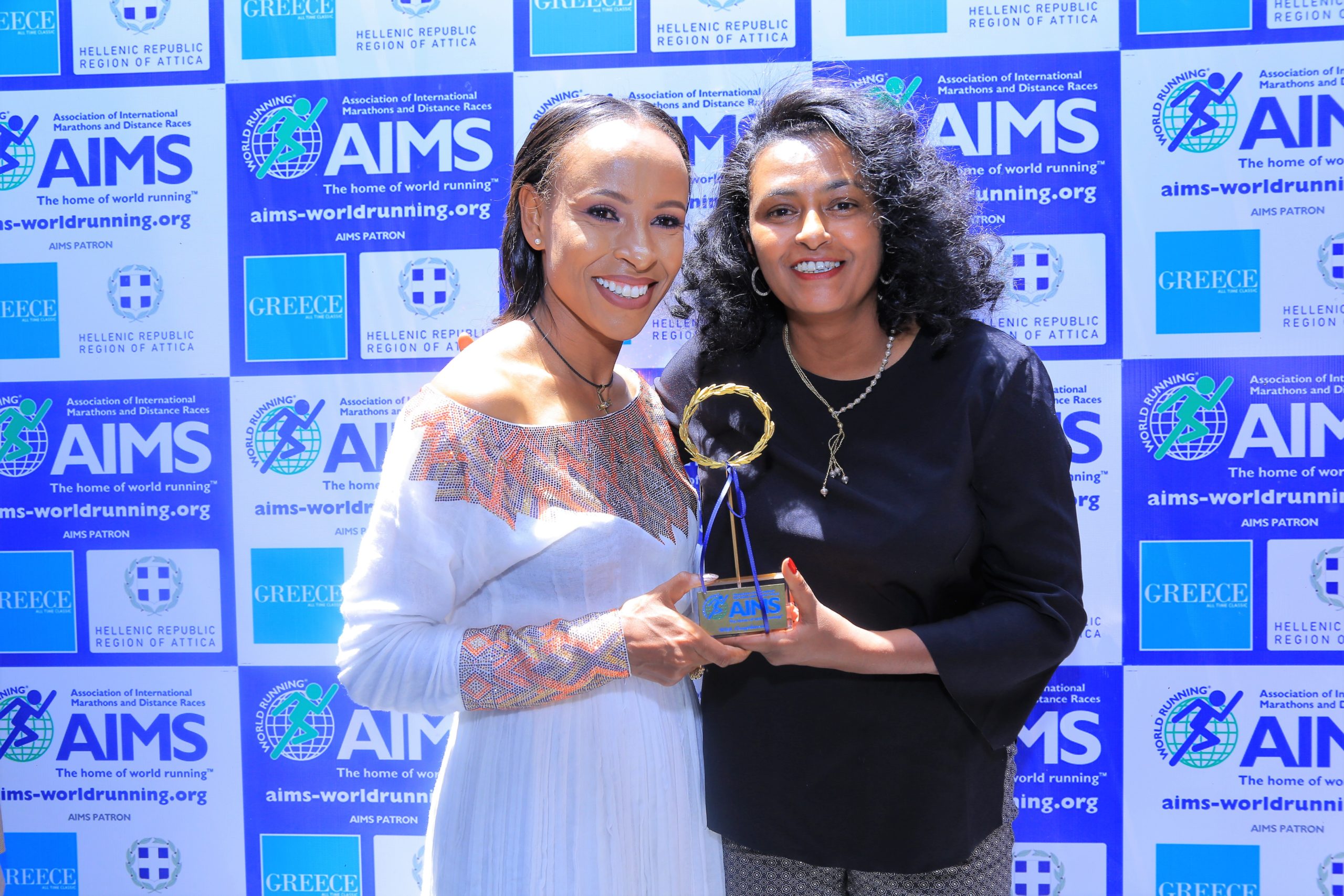