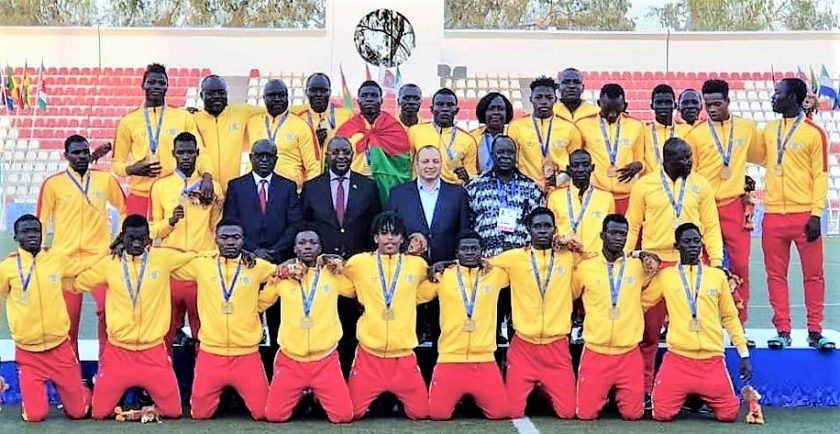 Burkina Faso beat Nigeria 2-0 in the final of the 12th African Games Rabat 2019 on Friday at the Stade Boubker Ammar to win gold for the first time.

Les Etalons scored twice in the first half thanks to Djibril Ouattara and Ismahila Ouedraogo.

Burkina Faso showed their strong desire to win the title from the onset. Ouattara, who plays for Moroccan side RS Berkane, had a clear opportunity to open the scoring with a header in the first ten minutes.

In the 24th minute, Ouatara, the tournament top scorer, netted his fourth goal before Ouedraogo benefited from a blunder by Nigerian goalkeeper Banabars Ogundare to add the second goal in the 31st minute.

In the second half, the Flying Eagles dominated but failed to find their way back into the game and thus settled for a silver medal.

The two teams had already met during the first day of the group stage when they ended with a 1-1 draw.