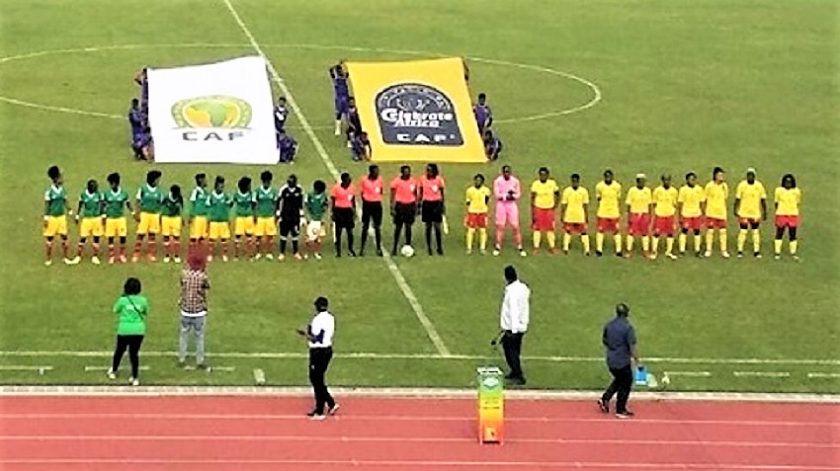 The second round of the African journey to the Tokyo 2020 Olympic Games got underway got underway on Monday (26 August 2019), with Cameroon salvaging an important away 1-1 draw against Ethiopia in the first leg in Bahir Dar.

The visiting ‘Les Lionnes’ went up early in the second half through Mikaela Aba before the host leveled through Senayit Bogale towards the closing stages.

The homers missed the services of forward Loza Abera while they opted for a three player front line to create havoc against the Lionesses. Nonetheless, both sides failed to create meaningful scoring chances in the first stanza. Four minutes into the game Medina Awol came the closest to hand Lucy as the Ethiopians are nicknamed the lead but her effort missed target.

Most of the scoring opportunities came in the form of ambitious long range effort from both teams, which made no impact on the score cards.

Following the resumption, both sides created more scoring chances. Cameroon nearly went up when Mikaela Abam’s strike hit the side netting in the 46th minute. Five minutes later a defensive howler gifted the away side a crucial goal. Ethiopian defender Bizuayehu Tadesse’s pass was intercepted by Raissa Feudjio, who assisted Abam to find the back of the net.

The Lucy piled on the pressure for the remainder of the tie whilst Cameroon opted to sit back and defend their slender lead. Bogale put Ethiopia on level terms when Senaf Wakuma set up a great ball to her eight minutes from time.

‘Les Lionnes’ were forced to wrap up the game being a woman down as Yvonne Leuko saw a red card in the 86th minute.

The return leg will take place next Tuesday in Yaounde with the winner advancing to the third round.

Even though we played at home, the tie was very challenging and full of difficulties. In the first interval due to low confidence we were mediocre. After we conceded, we tried to get back into the game with the substitution that we made. We failed to win but the result is good. The game has not ended yet. We will try to rectify our mistakes from the first leg and try to win the second leg.

Ethiopia played a great game but our players were greater when it comes to experience. Experience gave as an away draw. We will continue to prepare for the second leg. I still reckon we can qualify for the third round. It will be an enticing second leg due to the fact that the score line is 1-1.