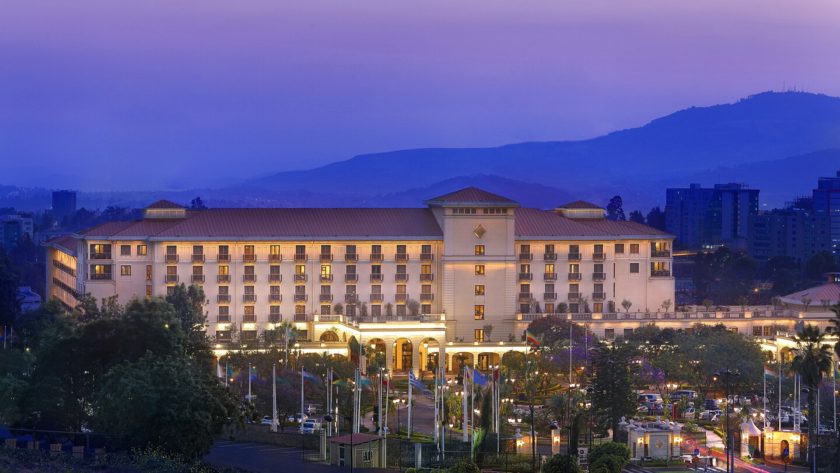 Prominent figures from Ethiopia’s public and private sectors have spoken out publicly to welcome the return to Addis Ababa of the Africa Hotel Investment Forum (AHIF), which is the premier tourism and hotel investment conference in Africa, and to encourage others to attend. AHIF attracts many prominent international hotel owners, investors, financiers, management companies and their advisers. It will return to the Sheraton Hotel, Addis Ababa in the last week of September, 23-25, 2019. AHIF was previously held in Ethiopia’s capital city in 2014 and 2015.

According to an independent study by Grant Thornton and the international tourism advisory expert, Martin Jansen van Vuuren, of Futureneer Advisors, the event is forecast to be worth $millions to Ethiopia’s economy and to facilitate the investment of $billions in hospitality projects across Africa. In 2018, AHIF facilitated around $2.8 billion of investment in the hospitality sector and between 2011 and 2018, $6.2 billion. Abebe Abebayehu, Commissioner, Ethiopian Investment Commission, said: “We are glad to support this prestigious event. AHIF attracts the highest caliber group of business leaders in the hospitality industry in Africa. By taking part, we will be able to get a much deeper understanding of what investors need. That is particularly important to us in the context of the government’s focus on tourism as a strategic pillar of the economy. By encouraging more investment in hospitality projects, we will create productive employment for our young population and earn valuable hard currency.”

One of the most important roles played by AHIF is to facilitate networking between delegates. Many investors and developers are keen to find new sources of finance, expert advisers and importantly, local partners. One Ethiopian businessman, Neway Berhanu, Managing Director, Calibra Hospitality Group, has benefited substantially from this. He says: “Calibra Hospitality Group’s success in becoming the leading consulting company in Ethiopia has been greatly helped by being an active participant in the Africa Hotel Investment Forum, since 2011. Thanks to Bench Events, we are now well connected, having established very good relationships with all the major international hotel Brands. That has enabled us to conclude close to 25 International transactions, bringing business to Ethiopia. I would encourage the business community and all stakeholders in the hospitality sector to attend.”

The promotion of tourism is another critical issue for many African countries. For Ethiopia, it is underlined by a report from the World Travel & Tourism Council (WTTC), which states that Travel & Tourism represents 61% of Ethiopia’s exports and it expects the industry to expand by a whopping 48.6% in 2019. A rapidly growing national airline, a new hub airport, relaxed visa regulations and the country being the political centre of Africa, by virtue of hosting the headquarters of the African Union, are drivers of these impressive numbers. Ms Lensa Mekonnen, CEO, Tourism Ethiopia said: “AHIF will provide an excellent opportunity to welcome the cream of the hotel industry to Ethiopia. Our aim is to show them our assets and thereby attract more international-standard hotel and resort brands to establish themselves close to our historical, natural and cultural sites, in addition to the capital city. By promoting regionally balanced development, we will attract more tourists to Ethiopia and encourage them to stay longer.”

Matthew Weihs, Managing Director, Bench Events, concluded: “Ethiopia is a centre for political meetings in Africa and a fast-growing transport hub. That already makes it attractive to hotel investors. The government’s declared interest in prioritizing tourism will further increase the attractiveness, along with its renewed enthusiasm for collaboration with the business community. When AHIF first came to Ethiopia, there were three internationally-branded Hotels, the Hilton, the Radisson and the Sheraton. Now there is a Best Western, a Golden Tulip, a Hyatt Regency, Marriott Apartments and a Ramada; plus, another 27 hotels in the pipeline!”