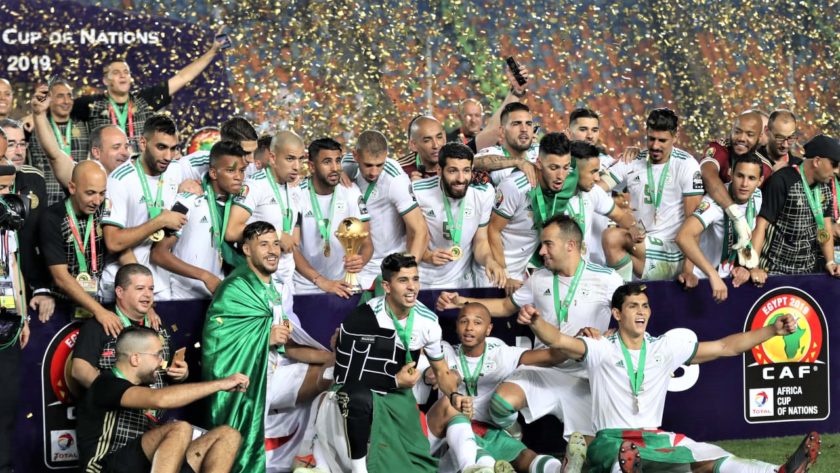 Baghdad Bounedjah’s first minute deflected effort handed Algeria their second Africa Cup of Nations (AFCON) title after a 29-year wait with a 1-0 victory over Senegal in a highly charged final at the Cairo International Stadium on Friday night.

Algeria who were playing only their second final since 2010 held on to the slim advantage for the rest of the 90 minutes while Senegal’s wait for a maiden AFCON title still lingers on. It is another case of so near yet so far away, the Lions of Teranga having lost another final in 2002 in Mali.

Within the opening minute, Algeria was one goal up. Bounedjah picked the ball after Chekou Kouyate had missed his attempted tackle on the left, drifted in and struck a shot that came off Salif Sane, the man coming in for the suspended Koulubaly.

The ball took a punishing dip beyond the keeper into the net with one half of the stadium stunned into silence while the other half in green and white of Les Fennecs roared in deafening crescendo.

Algeria’s tact of starting off quick and playing the ball in Senegal’s half worked perfectly until halfway through when the Teranga Lions started roaring slowly into the game.