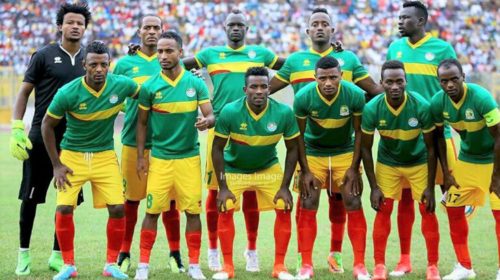 After the honor of hosting the 2020 African Nations Championships (CHAN) was transferred to Cameron from Ethiopia, the Walias are set to commence their preparations in the coming week. The Ethiopian national team coach Abraham Mebrhatu has called-up 25 players.

After the disappointing run in the 32nd edition of the African Cup of Nations (AFCON) qualification, the national team is set to make a return to CHAN with preparations to be held on Monday in Adama, Abebe Bikila Stadium. Walias will play against Djibouti on July 26, 2019 in the first round of zonal qualification with young players expected to shine in this tournament. The return match will be held on August 4, 2019 in Bahir Dar Stadium or Dire Dawa Stadium.

Coach Abraham will meet with his players after his duty as technical group member in the ongoing AFCON competition is concluded.

It can be recalled that Ethiopia was named to host the CHAN tournament, however; the Ethiopian Football Federation (EFF) admitted it was not ready to host this competition mentioning the current political tension across the country and the upcoming election.