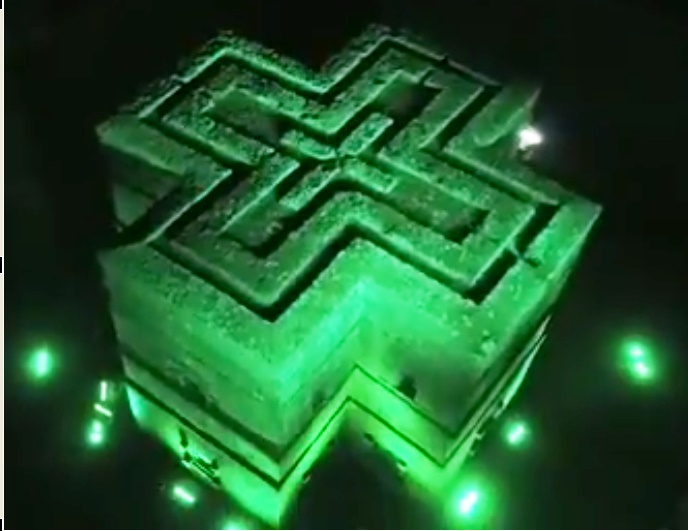 Lalibela –  Bete Giorgis, one of the 11 monolithic rock-hewn churches of Lalibela, has go green as part of Ireland’s Green Global Project.

The project that aimed at promoting the church across the globe was officially launched on Saturday.

Deputy Head of Mission at the Irish Embassy Patrick McManus said “it is a great honor for me to be here at the world’s famous site of Bete Giorgis here in Lalibela.”

Prime Minister Leo Eric Varadkar and Prime Minister Abiy Ahmed had signed MoU on cultural exchange back in January, he said, adding that “my government is also determined to work more closely with the government of Ethiopia in the coming years.”

“We would actually green Bete Giorgis as part of the Green Global Project which Ireland carry’s around the world,” the Deputy Head added.

Furthermore, McManus pointed out “we will take the photos and go around the world. It will be an extra demonstration of a cultural and heritage partnership between our two countries.”

According to him, the relationship between the two countries, which started 25 years ago, was broad and deep in the areas of education, development, and economic cooperation.

It is recalled that the project similarly promoted the obelisks of Axum, the statue of the Lion of Judah near the National Theater, and Ethiopian Airlines with the Green Light Technology to the entire world.

Cultural Advisor at the Ministry of Culture and Tourism, Gebriel Asfaw said greening the rock-hewn Churches of Lalibela is aimed at attracting more tourists.

He appreciated Irish support to promote the world heritage site of Lalibel to the world with the green light.

The 11 rock-hewn church of Lalibela is one of the heritages of Ethiopia that inscribed by UNESCO.