With Flag of New Era and Street Children in Mind.

Addis Abeba  – AS winds of change breeze through Ethiopia, so does on the slopes of the highest mountain on earth. The first Ethiopian ever is scaling up through the clouds to plant the flag representing hope in “The New Ethiopia” at the highest point in the world, and help bring attention to street children in Addis Abeba.

As a professional engineer and an elite high altitude climber, no one is more prepared to meet this challenge than Sirak Seyoum of Ethiopia, who looks to share the pinnacle of earth with the Ethiopian flag, his charity and his supporters. He is the only Ethiopian who has already conquered so many mountain peaks in some of the remotest parts of the world, where the Ethiopian flag was quietly raised at the highest peaks of continental regions.

He is taking 11 years worth of extreme mountain climbing experience, to the top of the world this April – June 2019.

As part of the recent sociopolitical change in Ethiopia, Addis Abeba City Administration has launched a trust fund that began work by caring for 2865 street children (as of March 1, 2019) who flood in from regional states with no means for survival. Sirak has arranged with the city government to donate 10% of all funds raised to this initiative.

While Sirak has covered 60% of cost to climb Everest out of pocket, he has a GoFundMe page to cover the rest and help support street children in Addis Abeba.

He has also set up various sponsorship packages including images/ videos of brand logos on top of Everest.

Be on the lookout for the epic two-month event, which Sirak has secured GPS Spot Tracker for, so all will be able to follow live. 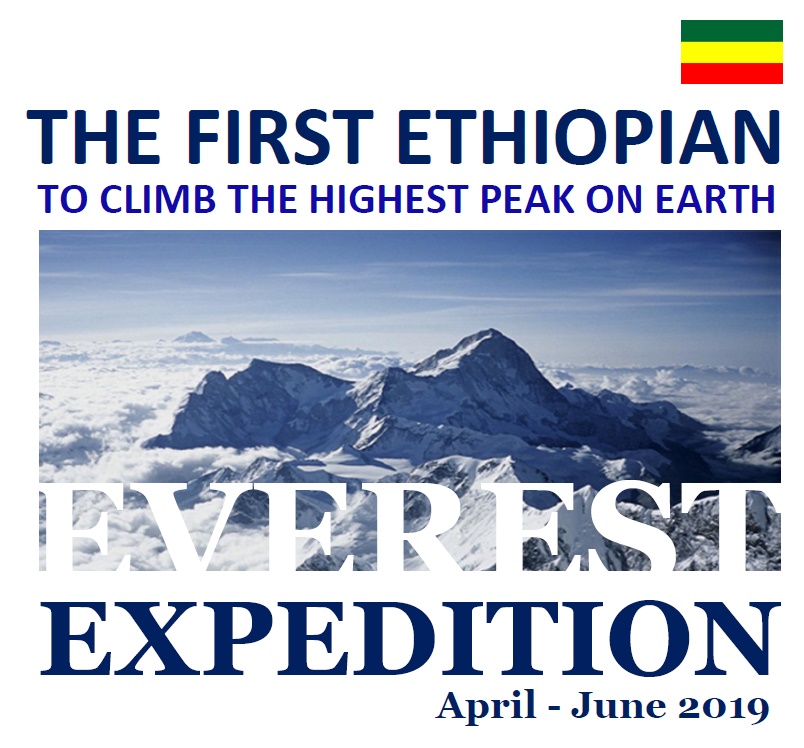