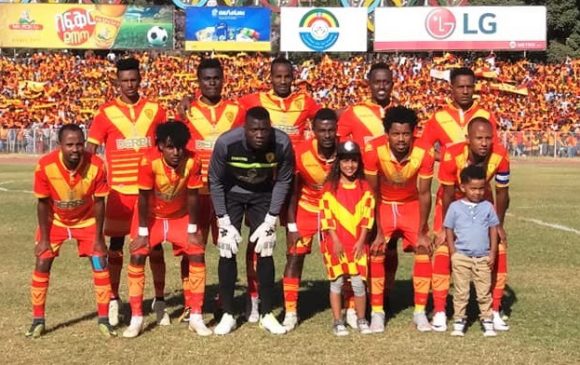 The oldest and popular football clubs in Ethiopia, Saint George Football Club, which is in the process to establish a share company, anticipates to raise 244 million Birr form the sale of shares to its fans, The Reporter has learnt.

The board of Saint George Football Club hired Fairfax Africa Fund as its strategic adviser in this endeavor. In a meeting held on Sunday at the Millennium Hall the board announced that the shares of the planned share company will be floated as of April 1, 2019.

Zemedeneh Negatu, chairman of Fairfax Africa, told The Reporter that his company has discussed with the board of the Saint George Football club, the association and fans, and took inputs to develop a strategic direction. “We are advising them how best to raise capital for the most popular football club in Ethiopia,” Zemedeneh said.

Fairfax Africa has prepared prospectus for the planned share company, financial structuring and financial forecast and business model. According to Zemedeneh, the main purpose of the proposed share company is to sustain the football club. “The share company would venture into any business activity that could generate sufficient revenue that would enable it to finance the club. They would use the money to finance the construction of the Saint George Football Club stadium, to bring talented players etc,” he said.

Zemedeneh said, the majority of the shares-51 percent- would be sold to fans and the remaining 49 percent shares to corporate sponsors of the football team. The par value of each share is 1000 Birr. The share would be exclusively sold to members of the Saint George Football Association who pays their monthly dues.

The management of corporate sponsors of Saint George Sport Club including Derba Cement, Moha Soft Drinks, Horizon Plantation and BGI Ethiopia attended the public meeting on Sunday and indicated their keen interest to buy sizable shares. “Even before the shares are floated 90 percent of the expected capital has been subscribed by fans and corporate sponsors. It is spectacularly a successful share offering,” Zemedeneh said. 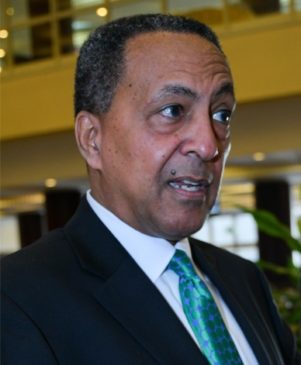 The promoters will start floating shares on April 1 and will remain open for six months.

Saint George Spot Club, which was founded in 1935, has 100,000 members.  The club which has won the Ethiopian Premier League title 13 times since 2000, is owned by the Saint George Football Association and has been buoyed by prominent businessmen and staunch supporter of the club, Abinet Gebremeskel , who is chairman of the board, and Ethiopian born Saudi billionaire Mohammed Hussein Al Amoudi.

Abinet Gebremeskel, board chairman of the Saint George Football Club, told The Reporter that he has been working on this project for the last two years. “When I first came up with the idea I faced resistance and there was gossip going around the public. We first proposed that the par value of each share is 100,000 Birr. Then some fans said that I wanted to sell sell the club for the rich,” Abinet said.

Abinet said the whole objective of the proposed share company is to strengthen the club adding that the share company will not pay dividends for shareholders in the first ten years. “We will use the money to complete our stadium and there are also other projects that we need to finance.”

According to Abinet, the proposed share company would buy shares in Ethiopian Airlines and Ethio Telecom if the government pursues its plan to privatize the leading public enterprises. “There is a plan to set up a stock market in this country and we will also venture into that.” He also stated that the share company could incorporate a football academy and a sport center that comprises of a swimming pool and fitness center.

“The Saint George Football Club Association has assets valued at 94-97 million Birr. The association will contribute this asset to the new share company. I need to raise 30 million Birr from fans. The remaining capital would be raised from our corporate sponsors,” Abinet said. “Since the majority of the shares will be owned by fans they will have the say. I myself would buy shares as a fan, ”he added.

Abinet said that some fans fear that if the share company goes bust,it would inflict harm on the football club. “No that,it is not going to happen because we have secured sufficient funding for the football club for the coming years,” Abinet said. “The most important point that our fans should know is that Saint George Football Association and the Share Company are two separate entities,” he added. 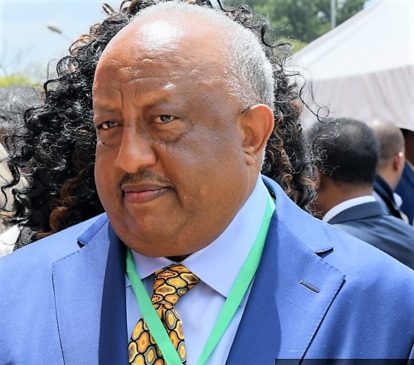 He noted that Saint George Football Club garners 30-40 million Birr annually from its corporate sponsors. Derba Cement used to grant twenty cents from the sale of each bag of cement. This has increased to thirty cents since 2017. Derba agreed to make increment every year as of 2021. “Every year it will increase its grant by two cents,” Abnet said.

Moha Soft drinks which supports the club in many ways provides five million Birr per annum. “But considering the inflation rate they increase the funding. For instance, if they provided us five million Birr this year next year they would give us 5.5 million Birr,” Abinet said.

Abinet said Saint George is the first club to establish a share company in Ethiopia adding that if other football clubs follow suit the country’s football could move forward. However, he says the country’s commercial law is a dragging force in venturing into businesses. “We have been through many hurdles to establish this share company. Even naming our company is a challenge. We could not name the company St. George Investment Group as the commercial code does not recognise business group or holding company. I urge the government to revise the commercial code and ease doing business so as more group of people venture into investment projects,” he concluded.