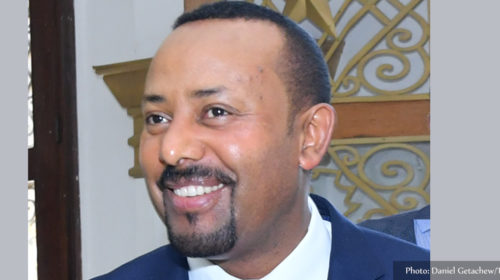 Just in time before its February 1st deadline, the Nobel Prize Committee has received the nomination of Prime Minister Abiy Ahmed (PhD) to be considered as its laureate for this year.

According to the nomination letter received, the Prime Minister is nominated for being “a symbol of peace and justice in a region where political leaders have ruled through violence, tyranny and human rights violations in the Horn of Africa,” and “for being a transformational leader on equity and human rights within Ethiopia.”

Since ascending to the premiership, Abiy has been noted for ending a 20 year-old conflict with neighboring Eritrea, for releasing political prisoners, for bringing gender parity to his cabinet and for appointing women as a Head of State and the Head of the Judiciary, and for promising to close government detention centers where brutal acts of human rights violations are believed to have occurred.

The world’s most prestigious international award, if successful; the Prime Minister will join a long distinguished recipients including: Nelson Mandela and Desmond Tutu of South Africa, Denis Mukwege, the medical doctor and founder of a hospital specialized in the service of rape victims in the midst of war and many others.

Emperor Haile Selassie was once nominated for his role in the creation of the Organization of the African Unity in 1964.

There are few people who are allowed to nominate including government ministers, members of the International Court of Justice in the Netherlands, University professors and members of the Norwegian Nobel Committee.

While the name of the nominator of the Prime Minister is being kept a secret, The Reporter has learnt from a number of sources that the nominator is a prominent Ethiopian professor from abroad.

There has been much advocacy for the nomination of Abiy including the one coming from a Swedish parliamentarian and a petition signed to have his nomination move forward. The petition created last year, called him “The first person to change the perspective and spectrum of the Ethiopian politics,” and called on the committee to award him the 2019 Nobel Peace Prize for the work he has done in unity and peace throughout Ethiopia. More than 55 thousand signatories signed the petition.

The members of the Norwegian Nobel Committee are set to meet at the end of February and are expected to formally announce the nominated candidates for this year.