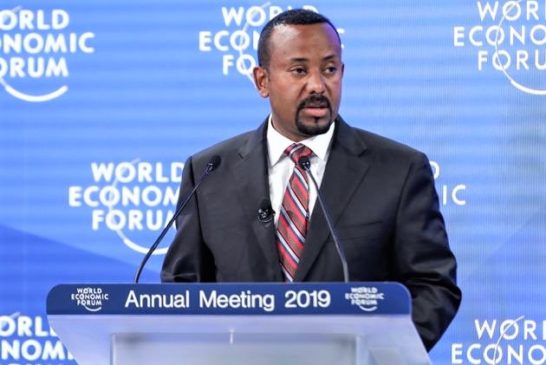 The Prime Minister told participants about the nationwide reforms undertaken during the past nine months and the economic growth registered in the country.

“Ethiopia today is among the fastest growing economies in the world, consistently averaging growth of over 9%. Poverty has been halved and education enrollment has markedly increased,” he said.

“Our challenges however, remain formidable.” The challenge, he explained, is to sustain that level of growth, especially to find jobs for a rapidly expanding young population.

According to the Prime Minister, investment in infrastructure has contributed a lot to the growth and attracted Foreign Direct Investment (FDI), making Ethiopia one of the leading FDI destinations in Africa.

The Prime Minister also called on investors from all across the world to come and invest in Ethiopia as the country has huge investment and business potentials.