Mumbai – Ethiopian runners took both the men’s and women’s Tata Mumbai Marathon (TMM) titles 12 months ago and pre-race favourites Abera Kuma and Amane Gobena sounded confident that the top honours in the City of Dreams will stay with athletes from the East African nation this coming Sunday (20 January).

Kuma comes to Mumbai as the fastest man in the field with his 2:05:50 personal best set in Rotterdam Marathon last April.

“I have been training very well again and I feel I can run faster than that time,” said Kuma at the traditional TMM pre-race press conference on Friday. “Maybe it will be difficult to run as quickly as that here, but I am in good shape.”

He added that he has put behind him the disappointments of failing to finish in both the Berlin and Abu Dhabi Marathons during the last four months and had come to Mumbai to get his first victory over the classic distance since his 2015 Rotterdam Marathon win.

The quietly-spoken Kuma, whose younger sister Dibaba Kuma, who was an impressive winner at the Tata Steel Kolkata 25K last month, hinted that in addition to the USD $45,000 first prize cheque he was hoping to pocket an additional USD $15,000 for setting a TMM course record, which currently stands at 2:08:35 by Kenya’s Gideon Kipketer in 2016. (See the prize money structure for India’s richest road race here.)

Pundits predicted that with Kuma’s credentials, both on the road and the track – which include a 10,000m personal best of 26:52.85 – that mark could be in danger on Sunday.

His compatriot Amane Gobena knows what it takes to win in Mumbai after having triumphed at the IAAF Gold Label Road Race, and one of Asia’s leading marathons, in 2018.

Gobena is not only the defending champion but will also be the fastest woman on the TMM 2019 start line opposite the famous and iconic Chhatrapati Shivaji Maharaj
Terminus.

Now 36, she ran her personal best of 2:21:51 when finishing second in the 2016 Tokyo Marathon but continues to be a top-class runner. In addition to her TMM 2018 win, she also finished third in the renowned Prague Marathon last year.

The formidable TMM women’s course record of 2:24:33 has stood to Kenya’s Valentine Kipketer in 2013 but Gobena showed that it could be challenged in 2018 when she ran 2:25:49, the second fastest winning time ever.

““I enjoyed last year’s race a lot and I’ve been looking forward to coming back here. I may be 36 but I am still running well, and my legs feels a lot younger,” she joked.
“It has to help that I raced here last year. Experience is so important in the marathon and that includes experience of the races where you run,” added the amiable Gobena, who gave the impression of being very relaxed on Friday. 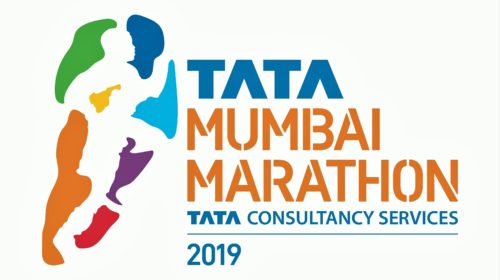 India’s leading finishers from 2018, Gopi Thonakal and Sudha Singh, were also present at
the press conference. The pair finished 11th and seventh respectively at the TMM 2018.
Thonakal competed at the Rio 2016 Olympic Games and IAAF World Championships
London 2017 and is looking to run under the Doha 2019 qualifying standard of 2:16:00.
“I’ve got my own pacers so I’m not only looking to break the Indian course record
(2:15:48) but also my personal best (2:15:16),” said the Indian soldier.

Singh, the Indian 3000m steeplechase and half marathon record holder has the target of
running under 2:37:00, which would not only be an IAAF World Championships Doha 2019
qualifying standard but also a TMM Indian best.

“I had a good year on the track in 2018 (she was part of Team Asia-Pacific at the IAAF
Continental Cup) but my marathon and half marathon was not as good as previous
years and I want to improve again,” said Singh.

A full list of international and Indian elite athletes is given here.

For more information about the Tata Mumbai Marathon 2019, the website of the event is:
https://tatamumbaimarathon.procamrunning.in/