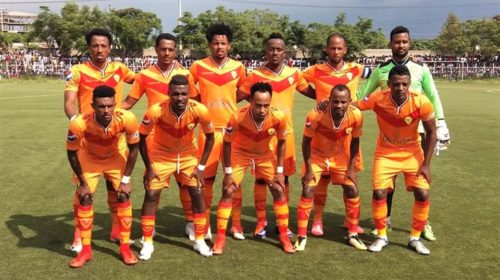 Addis Ababa – St George SA, Ethiopia‘s oldest & most successful team, has moved up to third place in the Ethiopian Premier League with a 5-1 trashing of Mekelakeya here today.

It was revenge time for St George, who were knocked out of the Ethiopian Cup by the military men a few weeks ago.  Getahun Kebede had a brace with the rest of the goals coming from veteran striker Salhadin Said, Mulu-Alem Mesfin and Samuel Tesfaye. Mekelakeya’s lone goal came courtesy of an own goal by Salhadin Bergech.

The league will continue tomorrow with the following matches:

The match featuring Jimma Aba Jifar vs Fasil City has been postponed to February 24th due the former’s participation in the CAF Confederation Cup.