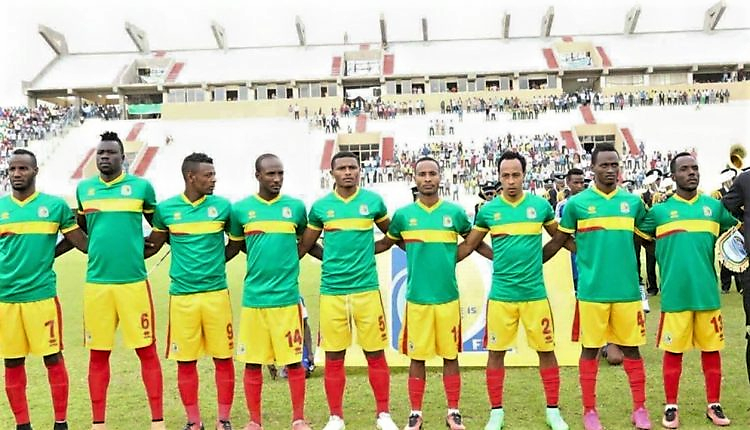 After the disappointing loss in the fourth round AFCON qualifier fixture against Kenya, the Ethiopian national team is set to face Ghana on Sunday November 18, 2018 at Addis Ababa stadium. Coach Abraham Mebratu has commenced preparations weeks ago for Sunday’s clash.

The 2019 AFCON fifth round qualification matches are scheduled to be staged this weekend across the continent. Walias are set to face Ghana a.k.a. Black Stars. In the first leg encounter the Walias were trashed 5-0 by the Black Stars.

Coach Abraham called on 23 players for this month’s 2019 African Cup of Nations qualifier. Sunday’s match will be vital for both sides to secure their qualification for the competition.

Since, Abraham’s appointment, Walias are relatively in a good form unlike the away match 3-0 loss against Kenya. The squad list mainly consists of home-based players and Egypt-based Shimelis Bekele, Gatouch Panom, Umed Ukuri, and Albania-based Binyam Belay.

Hoping to win the match in front of home fans, Abraham lamented the fact that registering a win is the only route to the 2019 AFCON competition.

“We prepared well by correcting our previous mistakes and wining is the only option to making it to the AFCON. We have to use every single chance to do our best,” Abraham told The Reporter.

However, the national team faces a stern test with Ethiopian forward Getaneh kebede out of the squad due to injury, The Reporter has learnt.

Elsewhere, Ghana has not played their fixture against Sierra Leone due to a ban by the world football governing body FIFA. CAF stated that the status of the group will be communicated later on once a final decision has been made.

Sierra Leone was banned after the government’s interference in football. Kenya leads Group F with seven points, Walias trail with 4 points and Ghana sits third from the group with three points.

Only two teams from each of the 12 groups will qualify for the upcoming 2019 AFCON scheduled to be hosted in Cameroon.