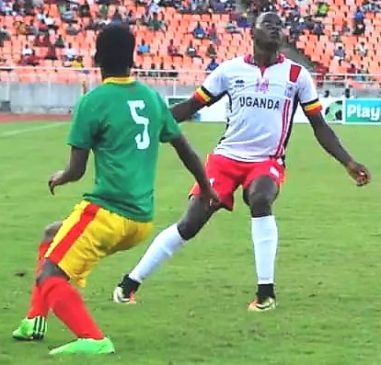 The Uganda Cubs qualified for next year’s Under-17 Africa Cup of Nations with a 3-1 win over Ethiopia on Sunday in the final of the Central East Zone qualifying tournament.

Confederation of African Football (Caf) president Ahmad was amongst those watching the final in Tanzania where next year’s U-17 Nations Cup will also be staged.

Samson Kasozi nodded in Uganda Cubs’ first goal after 15 minutes before Abdul Wahad Iddi added two more in the second-half to make it 3-0.

Uganda Cubs had shocked hosts Tanzania 3-1 in the last four, while Ethiopia had stopped Rwanda at the semi-final stage.

Tanzania, who had already qualified for next year’s tournament as hosts, managed to finish third after beating the Rwanda Junior Wasps in a penalty shoot-out in the play-off match.

“We are happy that it is the first time our U-17s qualify for the Nations Cup. This qualification is testimony that we are doing good work in youth development,” Moses Magogo, the Uganda FA President said.