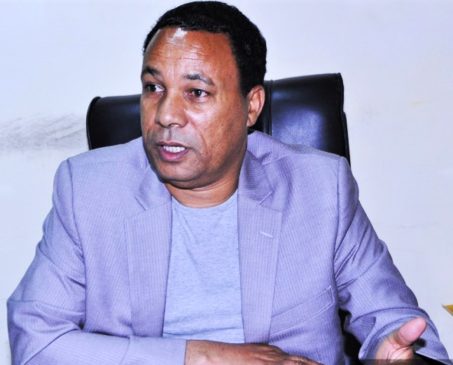 He was a member of the Tigray People’s Liberation Front (TPLF) during the struggle against the Derg regime since 1975-91. After the Derg regime was defeated, he served as the head of the national defense force logistics supply and also founded Dedebit Football club in 1997. He has managed the club for 16 years until he left five years ago. Dedebit won the 2012/13 Ethiopian Premier League (EPL) season under his management. Colonel Awol Abduramin is currently working as the deputy president of the Ethiopia Football Federation (EFF). Dawit Tolesa of The Reporter sat down with Col. Awol to discuss Dedebit Football club’s evolution and it future.

Reporter: How did Dedebit FC come into existence?

Colonel Awol: Basically, it has come a long way to compete at the Ethiopian Premier League level. As the name indicates, “Dedebit” was a place where TPLF was founded and waged a struggle from 1975 to 1991. When I was there, it was my hobby to watch football and support some clubs in the English League. So, eventually, I went on to form a new club by setting goals which would help me shape my team. After making some preparation, in 1997, Dedebit project level U-13, U-15 and U-17 team was launched. Afterwards, step by step, we started playing in Addis Ababa division one championship, national league and eventually the premier league. In all through the process, our team was very impressive and different individuals, officials and fans were supportive of the team.

What was your main challenge in this?

It was really a challenge to build a team. You have to setup a plan for every step you are going to take.  For example, forming U-13 and U-17 team, it is completely different. So, it was a challenge for me to get enough finance to recruit players and provide them with enough access to materials in order to see them outstanding in the competition level. I, my wife and my partner were the first people to help through the formation of the U-13 team.