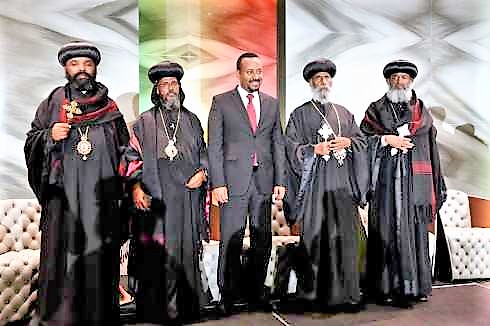 The unification and reconciliation committee extended its deepest gratitude to Prime Minister Dr. Abiy Ahmed for his significant efforts during the reconciliation process.

On the occasion, Prime Minister Dr. Abiy Ahmed said it is impossible to think of Ethiopia without taking note of the Ethiopian Orthodox Tewahedo Church, which he said, is both great and sacred.

While noting that the reconciliation event marks a historic jump, the Prime Minister emphasized that this has been something overdue.

He added that had this been done earlier it wouldn’t have taken Ethiopia and Eritrea over 20 years to reconcile and make peace between them.

He said the unity in the Orthodox Tewahedo Church not only benefits the church but also Ethiopia, the Horn of Africa and the entire continent.