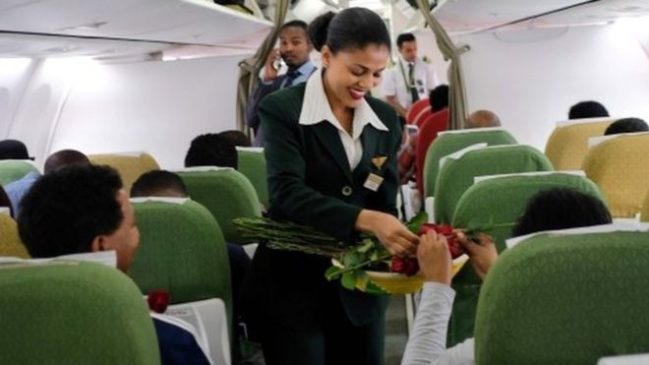 Ethiopian Airlines said its “bird of peace” flew to Eritrea, after the end of the “state of war”.

“I am in cloud nine,” flight captain Yosef Hailu told the BBC.

Relatives and friends are expected to be reunited for the first time since a 1998-2000 border war between the two nations shut air and road travel.

Ethiopia’s Prime Minister Abiy Ahmed has spearheaded a peace process with Eritrea since he took office in April.

He signed a “peace and friendship” agreement with Eritrea’s President Isaias Afwerki on 9 July, declaring that the “state of war” was over.

The deal was signed in Eritrea’s capital, Asmara, during the first visit by an Ethiopian head of state to the country in 20 years.

Mr Isaias made a reciprocal visit to Ethiopia about a week later.