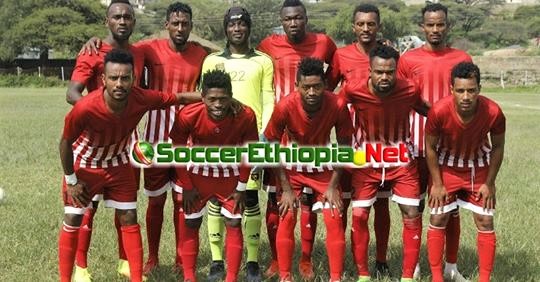 Three times Ethiopian champions Ethio-Electric have been demoted to the Ethiopian Higher League after Dire Dawa Ketema secured league safety. Electric is the one of the three sides to compete in each of the Ethiopian Premier League ties since 1997/98 season.

The aborted match between Wolwalo Adigrat University and Dire Dawa Ketema resumed earlier today as the Easterners won the tie to confirm their survival. Dire Dawa defeats Wolwalo 2-0 in Adigrat. Former Adama Ketema forward Dagnachew Bekele came on from the bench to strike twice in the 67th and 90th minute. Dire Dawa Ketema managed to avoid relegation for the third time running.

Ethio-Electric’s fate is sealed after the game in Adigrat. The club won its round 30 tie against Sidama Bunna but it was not enough to avoid relegation. Dire Dawa Ketema leapfrogged Electric in goal differences.

Ethio-Electric, formerly Mebrat Hayel, is incepted in 1961. The club used to be one of the well-known giants of Ethiopian Football. It has won three league titles in 1992, 1998 and 2001. Ethiopia Football fraternity is more acquainted the club for the long tradition of recruiting talented youth players. Nonetheless, Ethio-Electric turned relegation battlers following the Ethiopian Millennium. Years of maladministration has ultimately led the club to relegation. The women side have also demoted to the Ethiopian Women Second Division.

Ethio-Electric, ArbaMinch Ketema and Woldia SC are the three sides that have been relegated from the Ethiopian Premier League in the 2017/18 season.