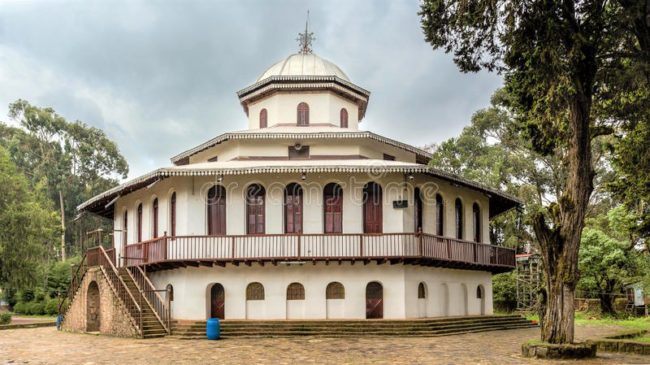 The two churches (St Mary and St Raguel) have a museum each with historical heritages.

According to documents and experts, the political history of Entoto started during the reign of Emperor Yekuno Amlak in the late 13th century. According to Entoto Raguel Church Museum tour guide Deacon Yohannes Woldegiorgis, Entoto area’s political history began during the era of Emperor Yekuno Amlak in 1270’s as he used it as his second palace next to his main palace in Wollo.

After Yekuno Amlak, Entoto’s political role was mainly raised during the era of Emperor Dawit, father of Emperor Zerayacob, since 1378. When he made his palace at Entoto, Emperor Dawit built two caves from single rock to put his precious objects like gold, silver and other tools, the tour guide told The Ethiopian Herald.

The two caves were built seven hundred years ago. The first cave has three parts and separated from single rock using traditional tools. In the first cave it has a paint more than 135 years old painted by Ethiopians. According to the tour guide the caves are cold in day time and hot at night time.

According to Deacon Yohannes the process of importing the true cross which is found currently in Geshen was started by Emperor Dawit even though it was finalized by his son Emperor Zerayaecob. At this time, Emperor Dawit went to Egypt to facilitate the process and he used the cave to protect his precious tools from theft. The cave is now open for tourists.