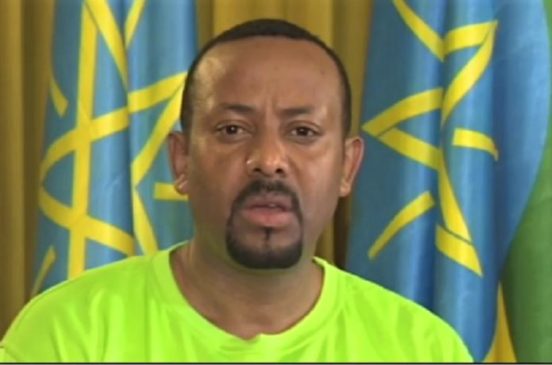 Addis Ababa June 23/2018 Prime Minister Abiy Ahmed expressed his condolences over the death and injury of people due to an explosion occurred at the rally.

The explosion disrupted the rally organized to show solidarity for Ethiopia’s new prime minister shortly after he addressed the crowed who gathered at Meskel Square in Addis Ababa.

The Premier said “I would like to extend my condolences to my brothers and sisters who lost their lives and injured for love and reconciliation in Ethiopia”.

He said that “this is a sacrifice paid to the love and unity of Ethiopians”.

The Premier said that “it is a day that we learnt again that we will not expect to get it without sacrifice” saying that this day is also the fruit of previous sacrifices.

Abiy said the explosion is the act of some who are working to disrupt the journey of Ethiopians towards love and reconciliation.

Though their plan to disrupt the journey towards love and reconciliation has failed, Abiy said they managed to kill few and injure others.

Abiy said forces that have been trying to interrupt the journey towards reconciliation and unity “had failed yesterday, failed today and will not succeed tomorrow”.

He also called on Ethiopians to stay calm and continue the journey with tolerance, unity, strength and togetherness for the journey would not be hindered by “small incidents”.

The Premier expressed hope that the blood that shades today will be the last in the effort towards reconciliation, unity and glory.

Abiy said “there is no force that could stop Ethiopia from the road to love and reconciliation”, asserting that Ethiopia will continue its journey towards glory.

The Premier who said that police is investigating the situation, called on the people to inform the police if they saw or heard suspicious things.