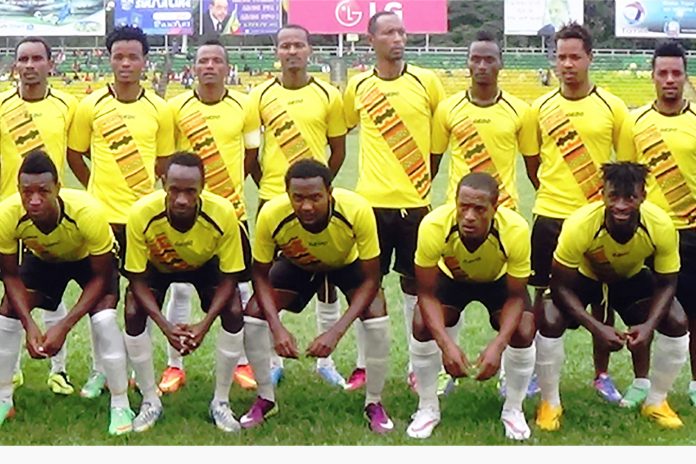 It looks like a new stage for Egyptian giants, Zamalek, but they will try to explore it in the best possible way. The White Knights will start their campaign away from home, as guests of newcomers Wolaitta Dicha of Ethiopia, on Wednesday in Hawassa, about 270 kilometers south of capital Addis Ababa.

This is the second time that Zamalek, a five-time winner of the CAF Champions League, is taking part in the second-tier continental club championship. Their maiden appearance was in 2015, where they reached the semis before bowing to eventual winners Etoile du Sahel of Tunisia 5-4 on aggregate.

Having finished last season’s Egyptian Premier League in third place, Zamalek will once again miss out on premier continental club championship, and will try to conquer Africa from the other side instead. Since the inception of the CAF Confederation Cup in 2004, following the merger of the defunct CAF Cup Winners’ Cup and the CAF Cup, only one Egyptian side has emerged victorious, and that was Zamalek’s bitterest rivals Al Ahly, in 2014. The White Knights last continental glory came in 2003 when they won CAF Super Cup, after winning their fifth Champions League title in 2002. They have high hopes of adding another continental title to their name, but will have to overcome Ethiopian debutants Wolaitta Dicha in the first hurdle.

After a long spell of instability on the bench that has seen quite a number of coaches coming and leaving, Zamalek appear to have settled with Ehab Galal, who led Misr Makkassato second spot in the Egyptian Premier League last season.

After a sloppy start, Galal seem to have discovered the right formula, with the White Knights winning all of their last six games in the Egyptian Premier League.

“It’s a completely different challenge now,” Galal told reporters at the weekend before his side left for Ethiopia on Sunday.

“We have to keep our focus and return home with the best possible result. Out target now is to go past Wolaitta Dicha, and then we will see what’s next,” he added.

Missing suspended defender Mahmoud Hamdy and injured Syrian left back Muaiad ElAggan, and playmaker Ayman Hefny, Galal will be relying on in-form DR Congo-import Kabongo Kasongo who has been a revelation in recent games.

“We have many good players, and whoever takes the chance will do his job. We know little about our opponents (Wolaitta Dicha), but we are going to do our best to emerge victorious”, concluded Galal.

The return leg is scheduled for in Suez, about 140-kilometres east of the Egyptian capital, Cairo, on 18 March 2018, with the aggregate winner progressing to the next round.