The Society of Ethiopians Established in Diaspora
26th Annual Awards Dinner on Sunday, May 27, 2018 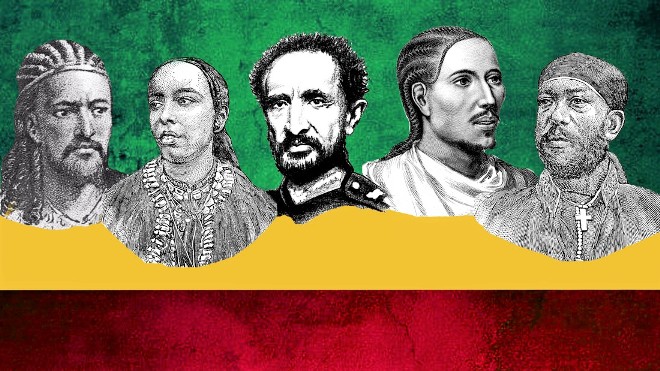 Washington, D.C. The longest serving Ethiopian nonprofit in the United States committed to preserving and
promoting cultural heritage, community service, and academic excellence for the past 25 years will make history
again on Sunday, May 27, 2018, with an unprecedented tribute showcase to what they term, the “Magnificent Five,” the last five emperors of Ethiopia. The Society of Ethiopians Established in the Diaspora (SEED), lauded for it’s unparalleled impact to the Ethiopian community for recognizing highly accomplished students and role models in the Ethiopian community, will posthumously honor Emperor Tewodros II, Emperor Yohannes IV, Emperor Menelik II, Empress Zewditu, and a special feature program for the last emperor, H.I.M. Haile Selassie I in an effort to uplift and recognize Ethiopia’s universal and unique impact in the Pan African movement, black freedom struggles around the world, the civil rights movement in the United States, and in Ethiopia herself.

“Ethiopian history is so rich and its role in the black liberation movement and around the world goes without
saying,” said SEED Chairman, Dr. Melaku Lakew. “Nelson Mandela, Rep. Ron Dellums, and others have spoken
about Ethiopia’s impact, but it is rare that we, as Ethiopians and friends of Ethiopia, get the opportunity to create a
platform to recognize not only the impact they made in Ethiopia, but the influence they had on the rest of world as
well! This is definitely an event you don’t want to miss!”

The magnificent five fought for maintaining Ethiopia’s FREEDOM, UNITY, TERRITORIAL INTEGRITY, PEACE, JUSTICE AND FOR FACILITATING MODERNITY by carrying the legacy forward and keeping harmony and pride among the citizenry. Domestically, they did away with slavery, introduced a judicial system and a constitution, created the military to defend the nation against foreign aggressors, and established the foundation for economic, political and social advancement. They were revered by many for their demonstrated love of country, integrity, and love for the Ethiopian people. SEED will recognize their unparalleled leadership that kept Ethiopia unified, free, and independent of foreign domination during their reign. Furthermore, the universal impact of their legacies to the Pan African movement, from the Battle of Adwa to the inception of the Africa Union and beyond, will stand the test of time. SEED is proud to provide the platform to educate, learn from, and be inspired by Ethiopia’s distinguished and proud history! Join us on May 27, 2018 at College Park Marriott Hotel Conference
Center 3501 University Boulevard E. Hyattsville, MD, 20783.

WHAT ELSE IS IN STORE?
• High profile, celebrated leaders in our community from across the globe! Pan-African leaders to boot!
• Full course meal, art, music, and dance included! Dress to impress – it’s the gala of the year!
• Amazing High School seniors will be honored! Scholarships awarded live!
• Unparalleled professional networking and access to leaders in business, music, science, art, academia,
humanitarian outreach making waves in the Ethiopian community and so much more!

SEED is a nonprofit organization established in 1993 whose mission is to empower the Ethiopian American Diaspora in the areas of academic excellence, professional development, and community service. To learn more about the organization or to inquire about volunteering, go to our website: www.ethioseed.org