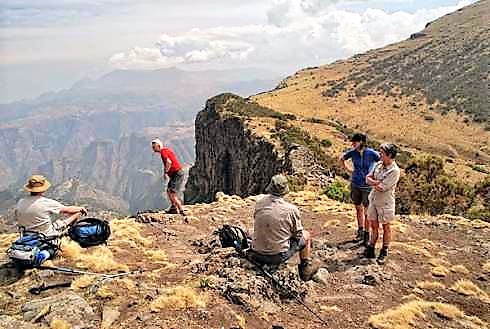 Ministry of Culture and Tourism announced that Ethiopia earned $959 million from tourism sector in the first quarter of this budget year.

In this budget year, he said that the country planned to attract 1.2 million tourists and collect 4.2 billion USD from them.

According to Gezahegn, the amount of money collected in the first quarter of this budget year exceeded that of the previous year by 9.9 percent earned in same period.

He said that ministry is working with 500 travel and tour organizations and other stakeholders living home and abroad to boost the tourism sector.

Gezahegn urged all concerned stakeholders should play their due role to realize the goal set in the sector.

Ethiopia, which is endowed with many tourist destinations, historical and natural heritages has a huge potential for tourism development.

The country is planned to make  tourism sector constitute 5 percent of the total annual income.