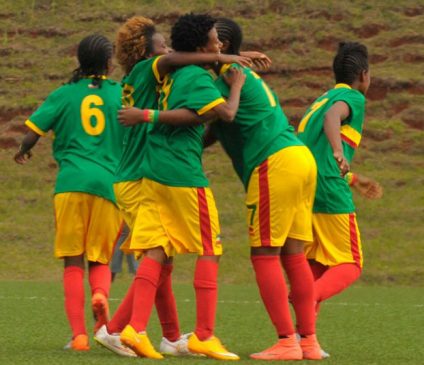 Addis Ababa – The Ethiopian national U-17 women team (Young Lucy) was held to a 1-1 draw by the Nigerian Flamingoes in the first leg match of their Uruguay 2018 FIFA U-17 Women’s World Cup qualifier.

The visitors took the lead after 18 minutes through Joy Jerry and the Ethiopians responded with equalizer by Tarikua Debiso in the 63rd minute.

The return leg will take place at the Samuel Ogbemudia Stadium, Benin City on December 16 with the winner on aggregate to proceed to the final round of qualifiers scheduled for February 2018.

The Flamingoes drew a bye into the second round, while Ethiopia profited from the withdrawal of first-round opponents Kenya.