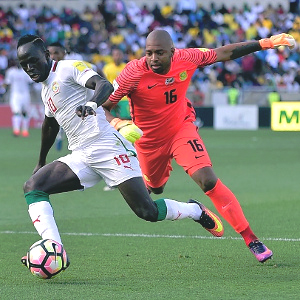 The third and last round of African qualifiers for the 2018 Fifa World Cup Russia™ draws to a close this weekend, with three of the five berths at next year’s tournament still to be determined.

Egypt and Nigeria have already secured their spots, but there is all to play for in Groups A, C and D.

Fifa.com looks at the various permutations as African teams head into the final straight.

Which teams have already qualified?

Tunisia only require one point at home to Libya to return to the World Cup stage for the first time since 2006. In the event of a Libyan victory, the Carthage Eagles could still make it if Congo DR fail to defeat Guinea.

However, if the Tunisians lose and the Congolese win, the following criteria will be applied to determine the ranking the two teams, as described in Article 20 of the 2018 Fifa World Cup Russia™ regulations:

a) goal difference in all group matches;

b) greatest number of goals scored in all group matches.

If the teams are still equal on the basis of the above, then their ranking shall be determined as follows:

c) greatest number of points obtained in the group matches between the teams concerned;

d) goal difference resulting from the group matches between the teams concerned;

e) greater number of goals scored in all group matches between the teams concerned;

f) the goals scored away from home count double between the teams concerned;

g) fair play points system in which the number of yellow and red cards in all group matches is considered according to the following deductions:

h) drawing of lots by the Fifa Organising Committee.

Nigeria have already qualified for Russia 2018.

In the crunch match in Group C, the situation is quite simple: the Moroccans will qualify if they avoid defeat against Ivory Coast in Abidjan on Saturday. Les Eléphants, meanwhile, must win if they are to top the section and pip Morocco to the post.

On paper, all of the teams in the group have a chance of qualifying, especially as there are actually three matches still to be played, including South Africa-Senegal, which originally took place in November 2016 but will now be replayed on 10 November 2017, as per the recent decision of the Bureau for the Fifa World Cup Qualifiers.

In the event of Senegal pocketing three points in South Africa, they would be assured of finishing in first place and travelling to Russia next year. A draw may also be enough for Les Lions de la Teranga if, four days later, the Burkina Faso-Cape Verde match ends in a stalemate. Conversely, a South African victory in the replayed encounter would leave all four sides still very much in the hunt with one match remaining.

With Egypt having earned their ticket to Russia on the previous matchday, only pride will be at stake during the two scheduled games in Group E.

Arsenal’s Bukayo Saka has signed a new “long-term” contract with the Premier League club. The 18-year-old has broken into the Gunners’ first team this season, making 33 appearances. The versatile…

Cameroon Plans to Improve Infrastructure as AFCON Is Postponed to 2022