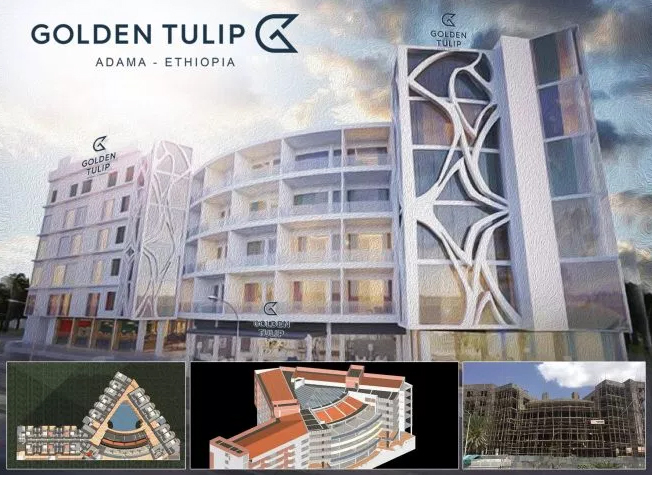 The city of Adama, Oromia Regional State, which is a thriving hub for both business and pleasure, is set to get its first international brand hotel. The Louvre Hotel Group, the company behind Golden Tulip in the capital, is set to open its signature hotel. The announcement was made at a press conference, which was held at Golden Tulip Addis on Thursday.

The hotel is to set to be five-star with all the components of a luxury hotel, with swimming pool, ample green space and a conference centre, luxury rooms and beauty centre. The hotel is scheduled to open its doors in 2019; a year after the company opens another namesake hotel in 2018 in Addis.

The Adama hotel will be built in an area that is more than 6,000 square meters with an ample space to expand in the future. It will have 135 rooms, which is much larger than the original Golden Tulip location in the capital, which is located off Cameroon Street and currently has only 92 rooms.

“Our company is proud to work with such a respected brand like Golden Tulip and bring conference business to our beloved country and in particular to our vibrant business city – Adama,” Bezu Beyen, owner of Gonde Import and Export and the local investor behind the new hotel, said.

This is to complement the group’s rapid growth within the African market, which currently has hotels in eight countries and 17 hotels with a total room capacity of 2300 under the Tulip Inn, Golden Tulip and Royal Tulip brands. As brand names come to play in the local market, it is the first time such international player is going to open its doors in Adama.

The Louvre Group has had tremendous success across South Asia, even acquiring the Sarovar Hotels in India, with boutique hotels across the South Asian nation.  It plans to duplicate its success in Asia with new hotels opening in Kampala, Cotonou and soon in Dakar and Comoros Islands.

According to the company, the opening of the hotel is an indication of the company’s willingness to invest in the Ethiopian hospitality industry.

“For the last year, we have been pursuing a very ambitious expansion plan, opening one hotel per quarter and signing one new deal each semester,” Alain Sebah of Golden Tulip said. “This plan reflects our trust in the hospitality business potential in East Africa.”

The group is operational in 52 countries and owns more 1,100 hotels with a wide range of standards. It has run its Golden Tulip brand since 1960; opening is first hotel in the Netherlands.

The partnership was the brainchild of Ozzie Hospitality Management Group, a company which is behind many international brand hotels being introduced in the country.