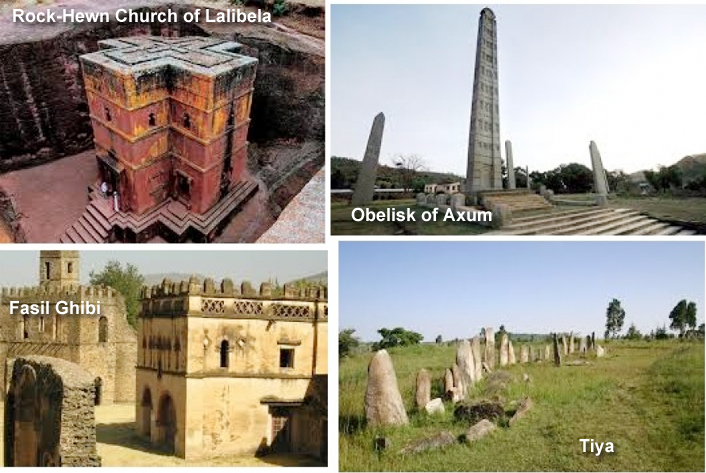 Addis Ababa – Ethiopia says it is going to repair four of the nine world heritage sites this year, according to the Authority for Conservation of Cultural Heritage

The Rock-Hewn Churches of Lalibela, Obelisk of Axum, Fasil Ghibi, and Tiya Prehistoric Sites are the heritages that are going to be  renovated staring from this year.

These heritages have been vulnerable to some level of damage due to old age and seasonal variation, Hailu Zeleke, Director of Heritage Conservation at the Authority told ENA.

According to him, the maintenance work for the rock-hewn churches of Lalibela which consist 11 medieval monolithic cave churches; and the Axum obelisk, the ruins of the ancient city of Aksum, will be started this year.

The fortress-city of Fasil Ghebbi was the residence of the Ethiopian emperor Fasilides and his successors.

According to the Director, cracking and tilting problems have observed at the Tiya Monuments, belived to be caused by landscape and soil type.

Tiya is among the most important of the roughly 160 archaeological sites discovered so far in the Soddo area, south of Addis Ababa.

It contains 36 monuments, including 32 carved stelae covered with symbols, most of which are difficult to decipher. They are the remains of an ancient Ethiopian culture whose age has not yet been precisely determined.

The Horn African nation has allocated 34 million Birr, while it secured 400,000 USD from donors, for the renovation of these heritages.

One thought on “Ethiopia to Renovate Four World Heritage Sites”