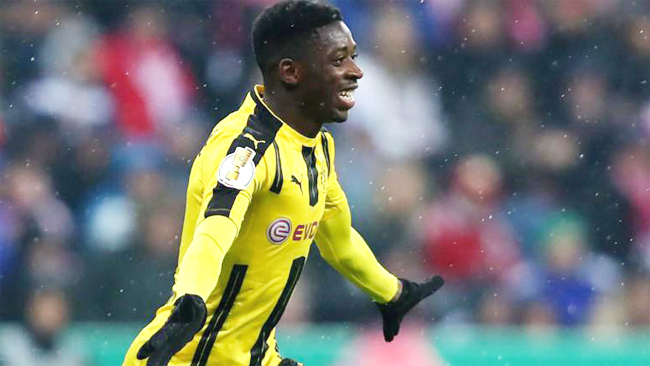 Ousmane Dembele brought an end to protracted transfer talks by signing a five-year deal with Barcelona worth €105 million plus add-ons, the Spanish giants announced on Friday.

Dembele signed from Borussia Dortmund, where he has been suspended since he boycotted training on August 10 in protest after the German club rejected Barca’s first bid.