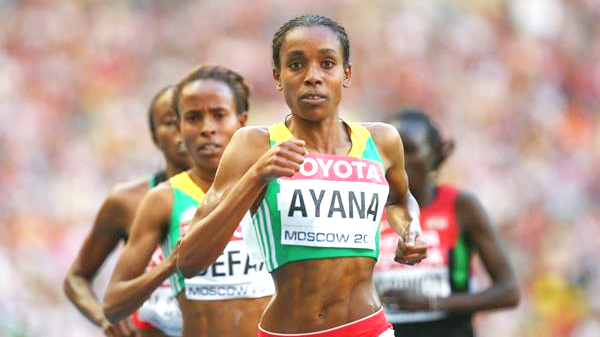 We take an event by event look at the women selected to represent Ethiopia at the 2007 IAAF World Championships in London.

Habitam Alemu, 20, is the female answer for Mohammed Aman, in the sense that she is among the first Ethiopians with a serious shot at establishing herself as a global contender in the 800m distance. After a couple of decent showings including reaching the finals of the World Indoor’s in Portland last year aged only eighteen, she announced herself to the world with a brave performance later in 2016 at a Diamond League meet in Doha. There, she went neck and neck with the one of the discipline’s greatest, Caster Semenya, and only faltered towards the end, finishing in second after the South African. Her teammates, Kore Tola 20, and Mahlet Mulugeta 22, are less experienced on the international stage. They made the team through their performances at the trials in Hengelo. 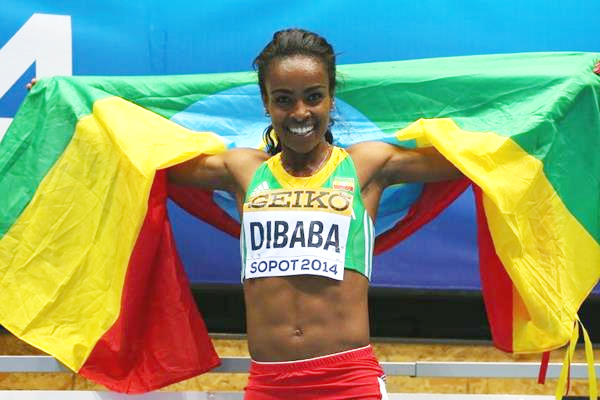 Defending 1,500m world champion and world record holder Genzebe Dibaba will be one of the biggest attractions in London and her extremely impressive palmares and long list of victories and accomplishments are reason for this. She was the favourite heading into the Rio Olympics in this event and her heartbreaking last lap capitulation that resulted in her losing out to Kenya’s Faith Chepngetich Kipyegon probably still haunts her to some degree. Nevertheless, it hasn’t affected her confidence as she remains in peak fitness and she has maintained her reputation as the best female athlete in the world today with some impressive Diamond League wins including her race against the clock in Lausanne Switzerland. Barring a disaster for her personally, she should reign supreme in London. Twenty year old Gudaf Tsegay made a brief ill fated switch to the 800m last year but is back to a discipline that she has had relative success in the past. A bronze medal at the World Indoor’s last year is the high point of her budding career thus far. Besu Sado, 21, will be looking to build on her placing ninth in the final at the Olympics last year. Youngster Fantu Worku, 18, won a silver medal in the event at last year’s World U-20 championship meet in Bydgoszcz. London 2017 can be used as a platform for these young women to build their careers. 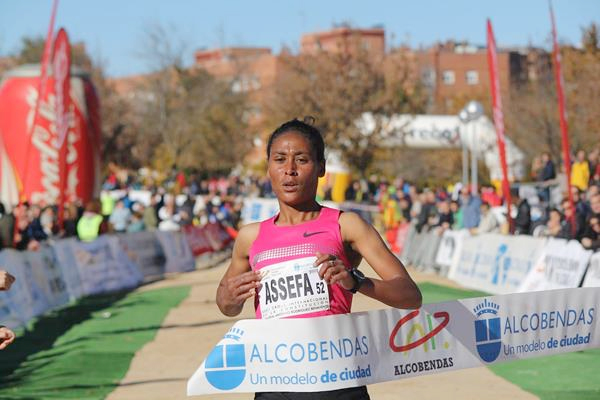 Sofia Assefa is among the most experienced Ethiopian athletes heading to London 2017. She made the national team cut some nine years after making her Olympic debut at Beijing 2008. The London 2012 Olympic bronze medalist may have just reached her peak now, as aged 29, she registered her 3000m steeplechase personal best time of 9:07.06 at the national team trials this past June, although it will still be hard to beat the likes of Beatrice Kepkoech of Kenya, who clocked in at 9:01.69 when she won the Paris Diamond League race barely a month ago. Sofia is the reigning African champion, having taken the gold medal at the 2015 African Games in Brazzaville Congo. London 2017 may represent her last opportunity to improve on her World Championship bronze medal won at Moscow 2013. She’ll be accompanied by teammate Etenesh Diro, 26, who won the hearts of spectators last year at the Rio Olympics, when in the heats for her event, she was tripped, fell and lost her shoe. After struggling to put her shoe back on, she decided to throw it away and finish the race wearing only one shoe. Her grit and stick-to-itiveness won over plaudits, and her time was eventually good enough for a wildcard spot in the Olympic final. 28 year old Birtukan Fente is back in the national team after her performances at the nationals in Hengelo, meaning there would be no place on the plane to London for reigning Africa Games silver medalist and steeplechase regular Hiwot Ayalew.

Almaz Ayana’s blistering performance at the Rio Olympics that saw her shatter the 10,000m world record won’t be forgotten from collective memory anytime soon. She is a favourite to bring home gold for Ethiopia. But perhaps complacency and a hint of overconfidence are what cost her bid to do the double last year, as she lost out in the 5000m final overtaken with half a lap or so to go by Kenya’s, Vivian Cheruiyot after having taken a near arrogant massive lead over her competitors from the get go. A year later she’s back and raring to go, aiming for the double once more. The last World Championships in Beijing saw an Ethiopian 1-2-3 sweep of the 5000m medals as Almaz finished first, Genzebe second and Senbere Teferi got the bronze on an unforgettable day in Ethiopian sporting history. Despite a plethora of athletics personalities calling Almaz Ayana’s performances too good to be true, (a sore loser in Sweden’s Sarah Lahti accused Almaz of doping  and even former British marathoner Paula Radcliffe suspected something was amiss with Almaz Ayana) she’s been found clean and simply one of the best that has ever walked the track. 22 year old Senbere will most likely play second fiddle to one of her illustrious teammates, but she herself is a decent athlete who will put up a fight in London, her second place at this year’s Shanghai Diamond League meet would testify to that. 19 year old Letesenbet Gidey meanwhile, is making her World Championship debut. But her 2017 has been highlighted so far by her winning the IAAF U-20 World Cross Country gold medal in Kampala back in March, her second time winning the accolade, repeating the feat she first accomplished in 2015. London 2017 might be too soon for her, but she is definitely one for the future.

While most would bet on Almaz Ayana and her “doping” herself with “training and Jesus” would be enough for Ethiopia to reclaim the World Championships 10,000m title from Kenya’s Vivian Cheruiyot, Almaz has competition in one of the greatest female athletes in history. Tirunesh Dibaba might be on the wrong side of thirty, but the five time world champion and three time Olympic champion is still a lean mean running machine, 2017 has seen her so far win her fourth 10k Great Manchester Run event. It’s unlikely at this age she’d be able to break out the nitro and blaze past someone like Almaz Ayana, but even now, past her peak she’s a safe bet for a medal. After all, it was only twelve months ago that she won bronze at the Olympics, which is the biggest competition of them all. Twenty year old Dera Dida meanwhile, is looking to establish herself as a 10,000m runner. Earning her roster spot at the Hengelo trials, she is according to the Ethiopia Runners Fan athletics page, the fourth best in the world this year in the event. Seasonal times rarely count on the biggest stage, it is to be seen if she can jostle with a world championships leading pack.

Ethiopia’s marathon hopes will no doubt be pinned to the stride of defending world champion and Rio Olympic bronze medalist Mare Dibaba. Her summoning up of energy to pull away from Kenya’s Helah Kiprop with less than a hundred meters to go after nearly two and a half hours of running won her World Championship gold in unforgettable circumstances. Her status as a hero hasn’t weighed her down, and she scooped up the Lisbon half marathon title earlier this year, making her case for inclusion in the London 2017 squad a solid one. Shure Demise, 21, won the silver at this year’s Dubai Marathon while three time Dubai Marathon winner Aselefech Mergia, 32, returns to the World Championships nine years after last competing in one and winning the bronze (Berlin 2009). Aselefech’s story is an inspirational one. She took a two year layoff from the sport after giving birth to her daughter only to return in 2015 and win the Dubai Marathon and a 200,000$ check in her first race back. In 2017, she has forced her way back into national team contention by finishing third in this year’s London Marathon, behind compatriot Tirunesh Dibaba and winner Mary Keitany. Berhane Dibaba, 23, who won the 2015 Tokyo Marathon, finished second in the 2015 edition to secure her place in the national team.

Ethiopia have never medaled in race walking at a world championships. The discipline has only recently started to be taken seriously by athletics coaches in the country. It has paid dividends in 2017. Ayalnesh Dejene, 18, won her country the gold medal at the 10k race walk event at the 2017 African  Junior Championships in Tlemcen Algeria. Her teammate Yehualaye Beletew, also eighteen, finished behind her in second place. Askale Tiksa, 23, is the most decorated of Ethiopia’s race walking trio, having an African junior title, an African senior bronze medal as well as an All Africa Games bronze medal title under her belt. The three will look to announce the world Ethiopia’s desire to take part in this event on the global stage.