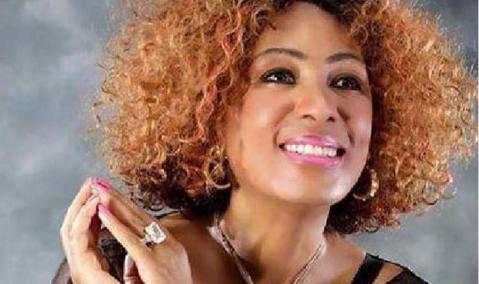 ke held a concert at Ghion Hotel on Saturday May 6, 2017. The concert that was attended by many also featured artists such as Gossaye Tesfaye and Dawit Tsige who is Balageru Idol Winner.

Aster was born in 1959 in Gondar, Ethiopia. She was raised in the capital city of Addis Ababa. Her father was a senior civil servant in the Imperial government.

At the age of 13, Aster was determined to become a musician, and began her career at Hager Fikir Theatre in Addis Ababa.

Starting in her late teens, she was performing in clubs and hotels in the capital with bands such as the Continental Band, Hotel D’Afrique Band, Shebele Band and Ibex Band, before they became the internationally known as Roha Band.

Launching a solo career, she was encouraged by musical entrepreneur Ali Tango, who financed and released five cassettes and two singles of her music.

Temporarily settling in the Bay Area of California, with plans to pursue higher education within a period of two years, she settled in Washington, D.C., where one of the largest Ethiopian expat communities in the country existed. There, she became increasingly popular within the Ethiopian community, performing in restaurants and clubs.

Aster also remains popular in Ethiopia. In 1997, she performed in Addis Ababa for a crowd of over 50,000 people. In 2003, Aster also performed a two-part concert series to raise funds for relief and school initiatives in Ethiopia. The first concert was held in November on Eid Al-Fitr day at the Addis Ababa Stadium, with an audience of 40,000 in attendance.

The second performance was a gala-dinner at the Sheraton Hotel. More recently, on May 9, 2009, Aster performed in front of a crowd of 10,000 spectators during the Peace Through Unity, Unity Through Music concert held in the capital’s Millennium Hall, alongside other Ethiopian music artists.

The concert that was held last weekend that was sponsored by Dashen Brewery was attended by thousands of people.