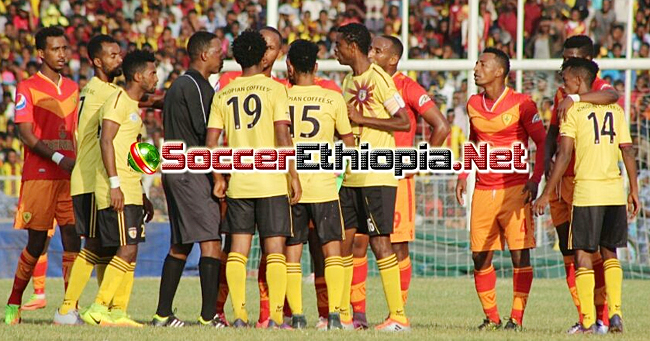 Eko Fevor’s early goal for Bunna was canceled out by Salahdin Said’s second half penal as both sides share spoils.

Ethiopia Bunna looked the better side in the first interval even without having influential midfielders like Elias Mamo and Gatoch Panom. Salahdin headed effort from close range for the game’s first attempt on goal was easily dealt with Hariston Hessou. In the 17th minute Aschalew Girma forced a save from Robert Odongkara. Ethiopia Bunna clinched the lead a minute later when Nigerian import Fevor struck a rebound. Abdulkerim Mohammed’s effort from range rattled the post before the unmarked Fevor fired home with a powerful shot as he founds the back of the net against Kidus Giorgs yet again having scored the winner in the first round.