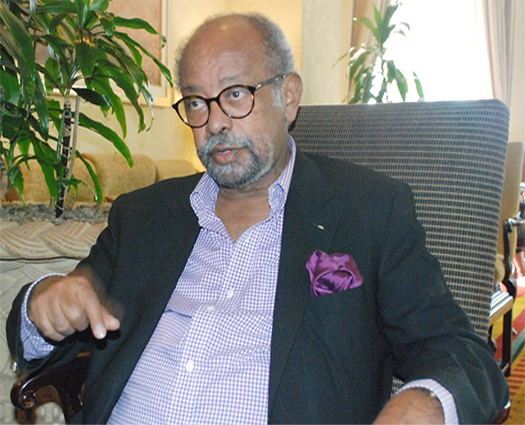 He was born in Addis Ababa in 1935. His father was a fan of the St. George FC, and he used to go to schools to pick up players and take them to the stadium. So, he was always having time with his father. Later on, he got a job as a physical education teacher. After a while, he became the first Ethiopian sports journalist in 1957. He was the one who started broadcasting on sports from different stadiums. He also started sports programs on Radio Ethiopia. He used to write articles on sports in all newspapers, and since no one was interested in sports, he was pushing newspaper editors to run articles on sports. Then he wrote a book on Olympic Games in 1960. He was sent to the United Nations Mission in the Congo. Later on, he resigned from his position in the Ministry of Information and joined the United Nations. When he came back home, he started to help the Ethiopian Sports Federation, and served as secretary general of the Ethiopian Cycling Federation, public relations officer of the Ethiopian Football Federation (EFF), and Secretary General of the Ethiopian Olympic Committee (EOC), Tennis Federation, and Football League. Before he left the country, he helped with organizing the African Cup of Nations in 1968 and 1976.  CAF delegate of the Ethiopian Football Federation Fikru Kidane discussed with Dawit Tolesa of The Reporter the 39th CAF general assembly and issues related to Ethiopian football. Excerpts:

The Reporter: Can you tell me a little something about your journalism career abroad?

Fikru Kidane: Well, after leaving Ethiopia, I went to Paris and I worked for French newspapers France Footballand L’Équipe. Then I started my own newspaper, Continental Sport, a bi-lingual (English and French) monthly magazine. I was also editor-in-chief of Olympic Review, a publication of the International Olympic Committee (IOC). That was my journalism career. But, I have also worked for the BBC, VOA, DW and Radio France International and others. From time to time, I like to write and comment on sport.  What’s more, I have covered Olympic games, football and world athletics championships for the last 14 to 15 years. I can say that I have covered all the major events and issues in world sport.

You have been serving as a CAF delegate for more than ten years. How was your time with CAF?

I was in CAF as delegate of the Ethiopian Football Federation or as a commissioner because of the late Yidnekachew Tesema. And later, I became advisor to the president. I was helping promote African football. I am also involved with many international organizations as a volunteer.

How did you find the 39th CAF General Assembly?

Well, there were outside forces like Egypt, Morocco and FIFA.  Most African countries didn’t support the current FIFA president, Gianni Infantino. So, he made a tour of Africa during the campaign. When they were here in Addis, African delegates were staying at the Hilton. Most of them were corrupted. Africa is known for corruption. Whenever there is an election, if they get paid, they vote for you. But, what I really dislike is to be a tool for outside forces. Even the Egyptians were against CAF because they argued that the marketing agency was charging too much for TV rights. Because the right was sold for a Qatari company without a bidding process, and I think they were not thrilled with that. Egypt, Morocco as well as FIFA took issues with the way TV rights were awarded. Unfortunately, the Ethiopian Football Federation was in the other group promoting its own interests.  Ethiopia always took a position favored by the majority of African countries.elected as a result of a campaign launched by others.