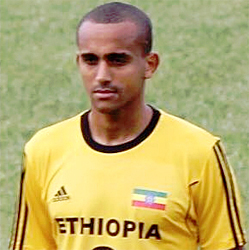 Atta, who has an Ethiopian father and an Eritrean mother, was born 30 years ago in Saudi Arabia.

Najran SC is a Saudi Arabian football team based in Najran, they are currently playing in the Saudi First Division.

In 2008, Atta also became a member of the Swedish U-21 team, making his debut in a friendly against Ukraine on 5 February 2008, in Alcanena, Portugal. He played a total of 3 matches for the Swedish U-21 team. In October 2013 he decided to represent Ethiopia at senior level. Atta was supposed to make his debut against Nigeria in the African play-offs for the World Cup in Brazil, but the needed papers did not arrive in time. He finally made his debut in a qualifiers match for the 2015 CAF against Mali in Addis Ababa. Ethiopia lost that match in Addis Ababa but won the second leg in Mali. Walid played in both these matches.