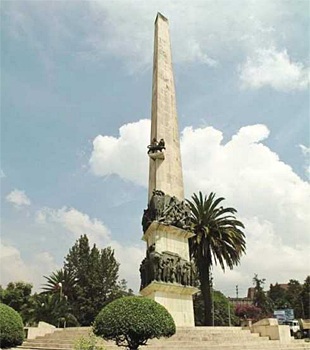 Addis Ababa- Ethiopia commemorates the thousands of Ethiopians massacred by the troops of Fascist Italy 80 years ago following the attempted assassination on Marshal Rodolfo Graziani.

The 80th anniversary of Martyr’s Day featured laying of wreaths in memory of the dead at the Martyr’s Monument attended by patriots and a huge crowd of people.

Estimates show that as many as 30,000 Ethiopians were killed during the massacre.

The nation has erected a monument in Sidist kilo, near the Addis Ababa University in memory of the thousands of innocent civilians killed by the fascist troops.