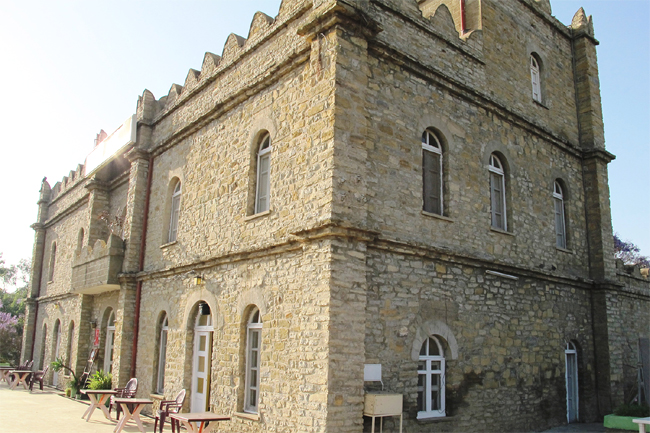 The Tigray Cultural and Tourism Bureau (TCTB) has opened bidding to sell Abreha Castle Hotel to re developers.

The hotel currently has 24 rooms and two small restaurants. One serves traditional Ethiopian food and the other offers European cuisine. The buyer is expected to preserve the old castle in the hotel, while at the same time building a new hotel which could have as many as 300 international standard rooms, a swimming pool and parking.

The 60,000sqm Aberha Castle Hotel which is currently owned by TBCT will be a four or five star hotel. The winner of the bid will be expected to complete construction in four years.

If the hotel is opened in three years the TCTB will refund 50 percent of the purchase price. The winner of the bid will be announced on January 26.

Yemane Gedlu, Conformity Assessment Director at TCTB told Capital that the castle will play a large role in the hotel’s renovation.

“Honestly speaking the current state of the hotel was not as we expected, there were not that many rooms, or much investment to attract more tourists to this historical castle, so we changed our mind and decided that privatizing the hotel is a better solution as long as the castle is maintained.” He added that the bureau will provide special incentives and will work with the buyer to ensure they adhere to the time line.

Abreha Castle Hotel which was the residence of Dejazmach Abreha Araya (1872–1917), the governor of Tigray, is built on an artificially raised landscape and has served as a hotel since 1960.

The technical proposal includes quality, integrity, practicality, pace of implementation, proof of financial capability, employment generation, human resource development and management competency. It is 70 percent of the evaluation. The remaining 30 percent depends on the financial offer.

In addition to Abreha Castle Hotel the bureau also auctioned Axum Touring Hotel in hopes that it will become a brand name hotel. The 11,000sqm hotel had 30 rooms. At one time it was the first modern tourist hotel in Axum but it is now closed. It had faced criticism for poor service and had a bad reputation among tourists.