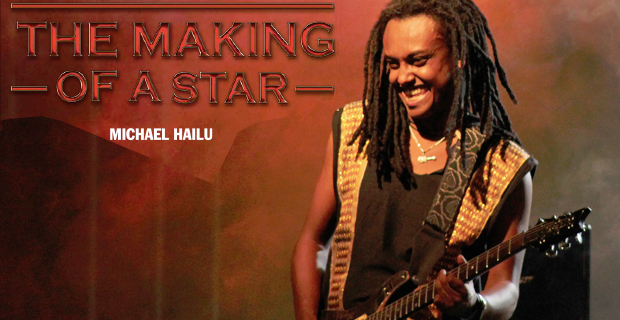 Michael Hailu has been in the music industry for a decade. A fan of Jennifer Batten, guitarist for Michael Jackson, he has worked with a slew of known local artists, including Teddy Afro, Michael Belayneh and Dawit Tsige.

With a unique sound, unmatched ability to play the guitar and his membership in Jano Band, he has become a household name.

Jano Band is known to have been discovered by Bill Laswell, the producer behind world famous stars, including the Irish band U2 and Ethiopia’s own, Gigi.

Michael reflects with Fortune writer, Samson Berhane on his music, on the music industry, on Jano Band, his family and looks ahead.

One thought on “The Making of a Star- Michael Hailu”