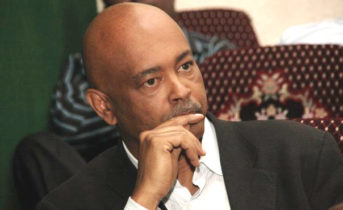 The way we see it, things are not going well for Ethiopia. Personal satisfaction is waning, the economy is slowing and confidence in federal and local governments is plummeting, still neither satisfaction with the condition of the country nor confidence in the federal government has been transformed. Yes, there is a State of Emergency – useful for now in terms of protecting life and assets, but less effective in dealing with the dissatisfaction and distrusts of elected and appointed officials, with meeting the needs of ordinary young citizens, and more significantly with addressing the unacknowledged burning issue of ethnic unrest.

Cynicism about leaders is especially critical to performance among the generations of Ethiopians who came of age during the EPRDF eras, while trust and national unity are more important to older Ethiopians. Now, the whole issue is how WE should – since I believe that “WE” still applies – get people to come together and feel good about our nation, good about our city, or our region.

What would change things?

Well, there is little hope that the crisis will go away. Mistakes have to be corrected. Honest and free discussions got to be accepted. Compromises should be in.

I still think it would be a mistake to interpret all of what happened in the past months and year as a broad destabilizing tendency. I would argue that these protests are actually a factor for stability. If there was a system that allows protests, if there were means to discuss freely and honestly the concerns of citizens we would actually have a more stable system.

The EPRDF sees it as personnel…a commitment or a discipline crisis within the party, not a fundamental failure of the existing political system.

So why not reflect on it and get to the bottom of it.

Conduct an extensive consultation with society (not just the party cadres) and come up with recommendations and proposals to revamp Ethiopia’s political system. Explore ways of introducing a dynamic democracy by inviting non-partisan trusted citizens to develop a new agenda for Ethiopia. An agenda that favors democracy, competitive environment, initiative at all levels, an active civil society and real public control. Explore issues of proportional representation in the federal parliament as well as local councils, more power and independence to Woreda level governments so as to give citizens the capacity to shape public life and to strengthen our democracy, re-examine the nationality question and the role of the Ethiopian state in dealing with the issues of nationalities, the issue of democratic fairness, the unifying ideology of ‘national integration’ as a process of state building, and other questions of high priority. It doesn’t hurt!!

We citizens living in Ethiopia should also not be intimidated or pressured by those whose political agenda emphasizes destruction. I fear that the genre of “all or nothing” dismissal rhetoric offered by some Diasporas misses badly on the real driver that should be at the heart of any discussion involving the national and international political future of our country and region. Instead the focus should be on the give and take of state-crafting: what kind of country does Ethiopia want to be? What is the proper relationship between a government and its people? What should Ethiopia’s economic orientation be? And more…

The elephant in the room…

Oromos have hardly been invited or hardly forced themselves to have any real influence or say in Ethiopia’s corridors of power. They haven’t been exerting any meaningful influence on any policy as “Oromos”, like the Tigreyans now, and the Amharas before. One may argue that being in numerical majority they don’t need any such effort. It could have been true if the policies would have at best been neutral to Oromos and beneficial to other groups. Far from it, these policies have in the past, and are today actively undermining a meaningful political participation of Oromos, and recklessly supporting the status quo. Any minority should be treated in a DEMOCRATIC country based on EQUALITY, and not like a minority. In Ethiopia for a long time, the Oromos have become the minority by the diminishing influence they are having on policy matters. This situation has changed.

It’s important for all to understand the plights of Oromos, Afars, Gambellans, the Southern people’s and all others. Their anger and resentment should be acknowledged, and one may need to move towards some kind of truth and reconciliation process based on the recognition of rights, respect, co-operation and partnership.

Folks, the new Ethiopia can only be governed with respect, and with recognition that the different nations of our Ethiopia have their own real (emphasis) government, as well as the Ethiopian Government. Both are important.

No offence to any very nationalistic Amharas, Oromos, Tigrayans or Afars out there, but do you really believe that an independent Amahara, Oromya, Tigray or Afar would have even a fraction of the political clout that we enjoy as part of Ethiopia? I for one certainly don’t. It’s thanks to many Oromos, Tigrayans, Amharas and others that Ethiopia has any power at all, and as I see it, an independent Oromya, Tigray or Amhara would have very little of these at all. We’ll all be disregarded and trampled upon. Hear my words!

That’s why we should no longer be talking in terms of leavers and remainers. The challenge, as near as we can tell, is to secure a renewed political discourse and structure in the interest of ALL Ethiopians.

2 thoughts on “The Political Issue Nobody is Discussing”