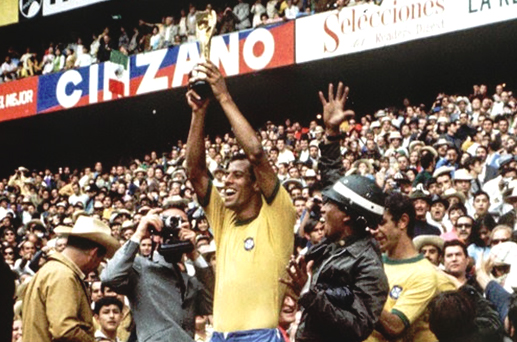 Brazil legend Carlos Alberto, the captain of the 1970 World Cup-winning side, has died aged 72.
He scored one of the greatest goals in World Cup history in the 1970 final against Italy, rounding off a sublime team move with a powerful low finish.
Right-back Alberto was capped 53 times by Brazil and won domestic titles with Fluminense and Santos, for whom he made more than 400 appearances.
He died in Rio de Janeiro following a heart attack.
‘