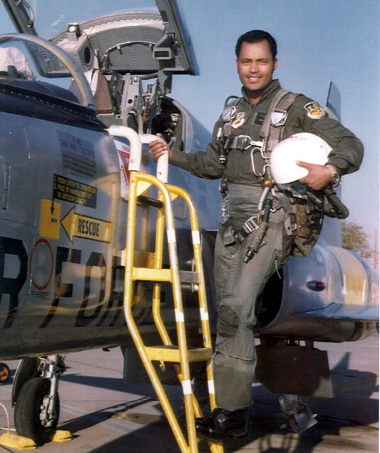 General Legesse rose to prominence during the 1976/77 Ethio-Somali War in which he destroyed five MiG fighter planes of Somalia in an air-to-air combat, and later destroyed a sixth plane that was on the ground along with other enemy arsenal.

General Legesse was shot down and captured by Somalia in which he was held a prisoner of war for 11 years most of which time was in solitary confinement.

General Legesse returned to Ethiopia during an exchange of POWs, and was promoted to the position of Brig.-General, while he was decorated with the highest order for heroism.

While serving his country as an instructor at Debre Zeit Air Force base, the national hero was forced into exile when TPLF/EPRDF took over the reigns of power in 1991.

The General is survived by two children, Nestanet Legesse and Lulit Legesse.