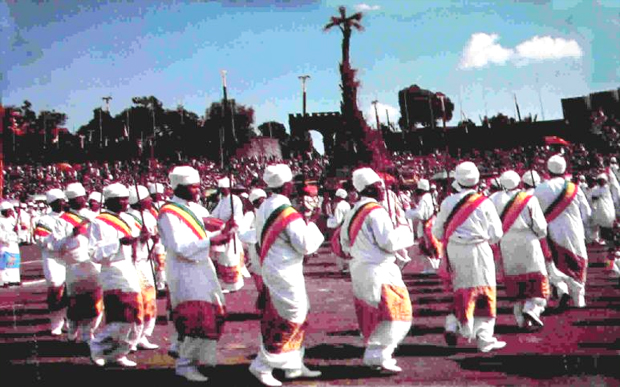 Speaking on the occasion, Mathias said the special occasion symbolized to Orthodox Christians a spirit of devotion, humility and redemption.

Steinar Knutsoem, a Norwegian who experienced the festival for the first time, said: “I have never seen such a colorful, solemn procession in my entire life.”

The Meskel celebration is based on the belief that Ethiopia’s 16th century Queen Eleni once had a revelation during a dream, where she was told to make a a large bonfire, known locally as the Demera, whose smoke would then show her where the cross of Jesus was buried, according to Church writings.

Orthodox Christians in Ethiopia believe that when the bonfire was lit, the smoke rose high up in the sky and returned to the ground pointing to the exact spot where the cross had been buried.

The Christian community believes the right wing of the cross on which Jesus was crucified was brought to Ethiopia and buried at the Gishen Mariam Monastery in Amhara Region, some 483 kilometers (around 300 miles) north of Addis Ababa.