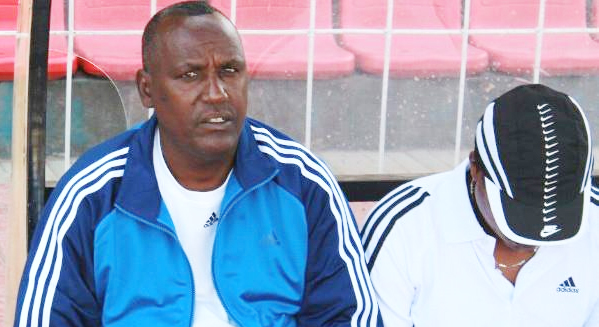 The Ethiopia Football Federation (EFF) has appointed Gebremedhin Haile as national team coach in the interim.

The EFF Executive Committee decided to appoint Haile, who handles local side Defense Force, to guide the Walias on a short term basis.

“The Federation have signed a short term deal with coach Gebremedhin Haile. The contract will come in to effect from May 9, 2016 till October 9, 2016,” the EFF said in a statement.

Haile has been tasked achieving positive result in the remaining two matches of the AFCON 2017 qualifiers. Ethiopia travels to Maseru to play Lesotho in June before wrapping up their campaign against Seychelles in September.

“Coach Haile will be in charge of the national team’s two AFCON qualifiers matches. The coach is expected to deliver a good result in the two games over the qualifying round,” the statement added.

Haile takes over from Yohannes Sahle whose contract was terminated by mutual consent few weeks ago.

Haile, a prolific striker during his playing days with the Ethiopia national team has handled local sides Trans Ethiopia, Ethiopian Insurance, Ethiopian Coffee and Dedebit in the past.

He was also an assistant coach when Ethiopia were crowned CECAFA Cup champions in 2004, and has already guided Defence Force to two Ethiopian Cup title.

His first assignment will be the AFCON 2017 qualifier against Lesotho in June.