The Ethiopian national team still have 2017 AFCON qualifying games against Seychelles and Lesotho awaiting them as they attempt to qualify as one of the best second ranked teams in group qualifying. But they will do so without the man who has been in the Ethiopian dugout throughout the qualifiers. Yohannes Sahle has been dismissed from his post as head coach of the Walyas. A press conference is expected to be held today by Ethiopian football federation officials to tell us what we all already know.

Fired from his post exactly a year from the day he was hired, the former Dedebit coach failed to live up to the hype he managed to engineer when his charges gave the newly built Bahir Dar Stadium a baptism to remember. AFCON and CHAN qualifying victories against Lesotho and Kenya respectively in front of over one hundred thousand fans rekindled the romantic affair between Ethiopians and the Walyas, a love hate relationship that had been extinguished in 2014 during Mariano Barreto’s disastrous spell as manager of Ethiopia.

Despite these initial successes and his guiding the Ethiopian national team to their second CHAN participation and to a third place finish at the 2015 CECAFA Cup, Yohannes Sahle’s time as manager is likely to be forever remembered for his team’s total collapse in Blida a month ago, when the Walyas were hammered 7-1 by Algeria in AFCON action. Despite managing to draw them 3-3 on home soil four days later, the humiliating defeat has arguably still left Ethiopian football fans reeling to this day.

Out of the twenty four national team games overseen by Yohannes Sahle, the Walyas were only able to win a measly six, draw eight and lose ten matches for a 25% winning record, or earn 24 points out of a maximum 72, if you prefer this calculation method.

As I mentioned above, the victories at Bahir Dar had stirred the emotions of the Ethiopian footballing faithful as Ethiopia hadn’t come on top in consecutive games since Sewnet Bishaw’s days at the helm. However, Yohannes Sahle managed to provoke the ire of fans when he decided to exclude long established stars Salahdin Said, Omod Okori and Getaneh Kebede from the squad that would travel to Sao Tome and Principe in World Cup preliminary qualifying action. The move shocked fans and left people questioning the coach’s sanity. Just before boarding the plane to Sao Tome, Coach Yohannes managed to skip the mandatory press conference and left people hanging onto speculation and nothing more. He developed a frosty relationship with the local media and wouldn’t do anything to amend things before his dismissal. He would later give his reasoning for dropping the greatest players produced in a generation as being the trio’s below par performances in a 1-1 draw away to Seychelles when the Walyas were expected to coast to victory. Ethiopia fell to a 1-0 defeat in the first leg, giving rise to fears that Ethiopia’s Russia 2018 campaign might end after 180 minutes at the hand of the island minnows. Ethiopia managed to escape the tie, winning 3-0 at home. But barely a month later, the Walyas would see their world cup aspirations go up in smoke, as they lost out to Congo Brazzaville 6-4 on aggregate and failed to reach the group phase of African World Cup qualifying as they had done four years earlier under Sewnet Bishaw’s tutelage.

By the end of 2015, Yohannes Sahle had rotated his squad so many times that it had become impossible to predict who would even be in Ethiopia’s starting lineup, let alone who would make the national team cut. Players would be called up one week, and inexplicably dropped the next. The experimental phase seemed to never end as by the end of his term, Coach Yohannes had employed six, yes SIX, different players in the left back position, with the latest insertion into the number 3 role being Suleman Mohammed, who started last month in the 3-3 draw at Addis Ababa Stadium against Algeria. Nejib Sani, Zecharias Tuji, Mujib Qassim, Biruk Kalbore and Tekalign Dejene have also been employed as left backs throughout Coach Yohannes’ time in the dugout. There was no consistency, no consolidation, and evidently no chemistry. This was most evident during the 2015 CECAFA Cup which Ethiopia hosted and were widely expected to win. Ethiopia’s showing at the tournament ranged from satisfactory at times, to totally abysmal. Ethiopia managed to reach the quarterfinal stage by the skin of their teeth. An injury time own goal gifted them a draw against Tanzania and ensured they would pass from the group among the top third placed finishers. From then on, they would play their next three games to penalty shootouts, losing in the spot kick lottery to Uganda in the semi finals after a goalless game.

Coach Yohannes was heavily criticized throughout his tenure for his choice of tactics, lineup, and his refusal to accept responsibility for his team’s failures. He had a near comedic tendency to blame anything and everything but himself for bad results. The excuses were repetitive, tedious and seriously irritated fans and pundits alike. Inexperience, lack of physique, referees, the field, lack of preparation time, lack of clinical finishers in his squad, you name it. Coach Yohannes Sahle always knew what to say to dance around his own blunders. His outright arrogant refusal to accept responsibility for the slide in Ethiopia’s footballing fortunes is well documented. Whenever journalists probed him on his shortcomings he would angrily retort that he knew what he was doing and that everyone should just back off.

Uncharismatic and at times unable to escape confrontation, the Coach’s bullish approach resulted in his falling out with a number of key players who would see their international careers derailed as they were punished for feuding with the coach by being ousted from national team consideration. 2013 AFCON starlet Omod Okori had fallen out with Coach Yohannes, while Sudan based midfielder Addis Hintsa was never even an option as he had been made an enemy of Coach Yohannes’ years earlier Addis Hintsa was a Dedebit player and the ex national team gaffer was a coach at the club. A frustrated Firew Solomon launched a tirade of insults directed at the national team coach on local radio probably upon realisation that his exclusion from the national team radar was probably for off the field reasons.

Ethiopia had another forgettable CHAN showing at Rwanda 2016, finishing bottom of their group and scoring on only one occasion what also happened to be Ethiopia’s first ever CHAN goal scored by Seyoum Tesfaye. The Ethiopians were unable to create opportunities and severely lacked cutting edge up front. The team itself was a mix of players which had survived the experimental culling of 2015 and players who weren’t even in the mix last year. The lack of cohesion was evident again, so were tactical blunders. The group stage exit was seen from a mile away by realistic analysts.

Rumours that Yohannes Sahle would resign after the CHAN exit were rife. The poor results, his arrogant, unapologetic and cold demeanor in the presence of journalists and the public’s continuous calling for the sack had many guessing he would announce his parting ways with the top job upon arrival in Addis Ababa. But stubborn as ever, he refuted allegations he would step down, stating that the campaign to reach Gabon 2017 was far from over and he still had a job to do.

In hindsight, it would have probably been a lot easier on his legacy had he minced his words and stepped down right then.

The Walyas were torn apart by Algeria away from home in a game that even Coach Yohannes himself couldn’t dodge escaping responsibility. Ethiopia’s worst result in decades exposed his tactical ineptness on a global scale. 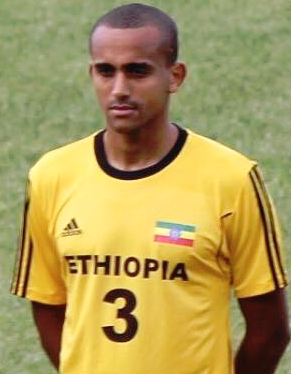 Among several factors that contributed to the loss, experienced Swedish based defender Walid Atta’s exclusion from the national team. Coach Yohannes had claimed to have attempted to contact the Östersunds FK centre back only to be ignored, but Ethiosports would find out that in fact the opposite was true, Walid had unsuccessfully attempted to contact both Coach Yohannes and the Ethiopian football federation in an attempt to join the national team after the federation mistakenly sent an invitation letter to Walid’s former club Genclerbirligi in Turkey. With no further attempts made at contacting Walid, Ethiopia’s makeshift defence without Walid, and without experienced Salahdin Bargecho who was out with injury, was breached ten times in four days. No explanation for the costly bureaucratic blunder has been given as of yet.

By now the calls for Yohannes Sahle to go had reached pitch and still, refusing to flinch, he waited for the calm after the storm that was the Algeria double header to cool down emotions. But then, irreparable damage to his coaching credentials and reputation put the final nail on his coffin.

Coach Yohannes Sahle has repeatedly claimed to be a certified CAF Instructor. So much that local media even refer to him with what was supposed to be his official title, “Instructor Yohannes Sahle.”

It appears that Coach Yohannes may have exaggerated or even fabricated some of his coaching credentials. Since the revelation, he has given no statements to media and hasn’t been answering his phone calls.

It’s no wonder why there was no discussion whatsoever of extending his mandate.

Friends of Yohannes Sahle, a former national team player in his youth say that Yohannes dreamed of the Ethiopian coaching job and had long set coaching the Walyas as an objective since the day he set out to obtain his coaching badges.

For Yohannes Sahle, if there is a silver lining at the end of what has been a tumultuous and turbulent ride, it’s that he managed to live out his dream.

Although unfortunately for him, his dream came at the expense of the dreams of so many Ethiopian football fans.

Disclaimer: The views and opinions expressed in this article are those of the author and do not necessarily reflect the official position of Ethiosports.

15 thoughts on “Opinion: Ethiopia sack Yohannes Sahle – A look at what went wrong”