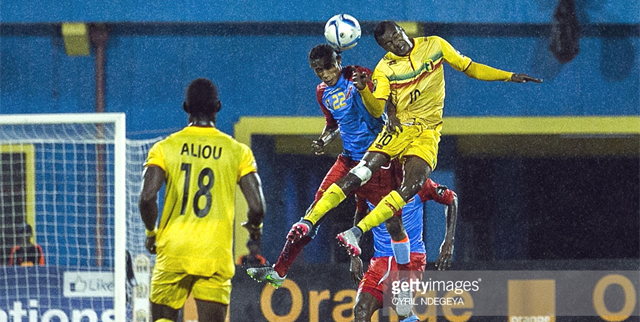 A brace from Mechak Elia and the other by Jonathan Bolingi was all DR Congo needed to beat Mali 3-0 in the final on Sunday and cruise to their second African Nations Championship (CHAN) title.

Elia scored in both halves before Bolingi sealed victory with the third later as the Leopards confirmed their status at the most successful side in the history of the tournament designed exclusively for footballers playing in their domestic leagues.

The Congolese, winners of the maiden edition in 2009 made light work of a Malian side, who were completely out of sort.

The Leopards had the better of the closely fought first half with pacy wingers Zachare Mombo and Elia leading raids upfront.

The two sides defied the downpour that began just before kick-off, treating the packed crowd to some good piece of football.

The Congolese continued to pile pressure on the Malians and after failing to break through the West Africans backline, Elia and Mombo swapped positions. Elia moved to the left and Mombo going the other way.

And it will yield results on 29 minutes when Bolingi headed to Elia who fired a thunderbolt that left Mali goalie Djigui Diarra with no option for the opener.

TP Mazembe forward Bolingi forced a good save from Diarra just before the break with his half volley which Diarra parried to safety.

Mali resumed stronger in the second half but found the Congolese defence which revolved around captain Joel Kimwakji and Yannick Bangala a mountain too tall to climb.

With Mali leading possession, the Leopards resorted to counter attacks making the most of the pace of Elia. The 19-year old, after profiting from a through pass on the counter beat his marker and rounded Diarra before firing into the yawning net on 61 minutes and send the stadium agog.

On 73 minutes, the Congolese took the game beyond the Malians with the third goal through Bolingi who finished off a superb solo move by Joyce Lomalisa from the left, with a low shot past Diarra.

The introduction of Nguessan Kouame and Yves Bissouma added some bite to the Malians but tried as they did even a consolation remained elusive.