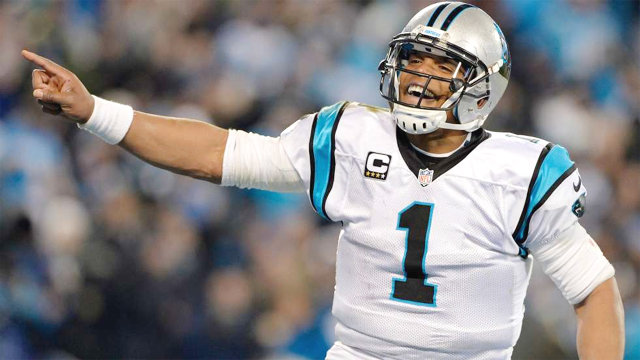 San Francisco – This has been the season of Cam Newton. The only question is whether the new league MVP will finish it all off on Sunday with a Super Bowl title.

Newton was named the league’s Most Valuable Player at NFL Honors on Saturday night, winning 48 of the 50 possible votes from The Associated Press. Tom Brady and Carson Palmer each earned one vote, but their closing arguments in Week 17 of the regular season diminished any chance to steal votes. Newton didn’t leave much room for debate, closing out his season with 26 total touchdowns and one interception in his last eight regular season games.

The votes were taken before the wild-card round of the playoffs, but Newton’s performance in the postseason only confirmed his spot at the pinnacle of NFL quarterbacks. He is one of the best short-yardage and red-zone runners in the league. The threat of his running helps make Carolina the most diverse running game in the NFL. Newton’s rushing ability (636 yards and 10 scores on the ground) puts him over the top, but that’s not why he was the game’s best player this season. Newton’s development as a passer is what made him nearly impossible to stop.