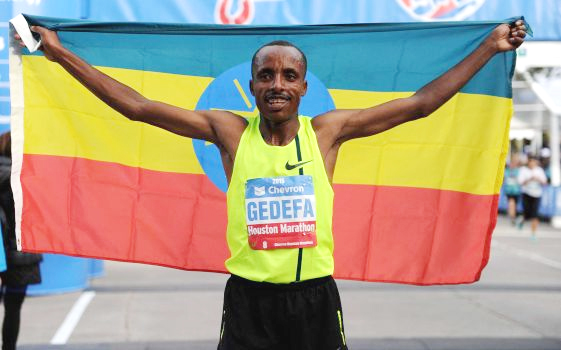 Ethiopian athletes have won both the men’s and women’s races at the past seven editions of the Chevron Houston Marathon; a trend that looks set to continue at the IAAF Bronze Label Road Race on 17 January.

Birhanu Gedefa and Bazu Worku, who between them have won the past three Houston titles, lead the men’s field.

Gedefa was something of a surprise winner last year, clawing back a 14-second deficit in the last couple of miles to win in a lifetime best of 2:08:03. But the rest of his 2015 campaign wasn’t quite as successful. He finished fifth over 10km in Toronto in April and at the Beijing Marathon in September.

He will be aiming to become just the third man in the 44-year history of the race to win three times in Houston.

Girmay Birhanu also stands a good chance of maintaining the Ethiopian dominance in Houston. He finished two places behind Worku at last year’s Dubai Marathon, but went on to have a more successful season than his compatriot. He won in Daegu with 2:07:26 and then in Ottawa in 2:08:14 before ending his season with a fourth-place finish at the Chicago Marathon.